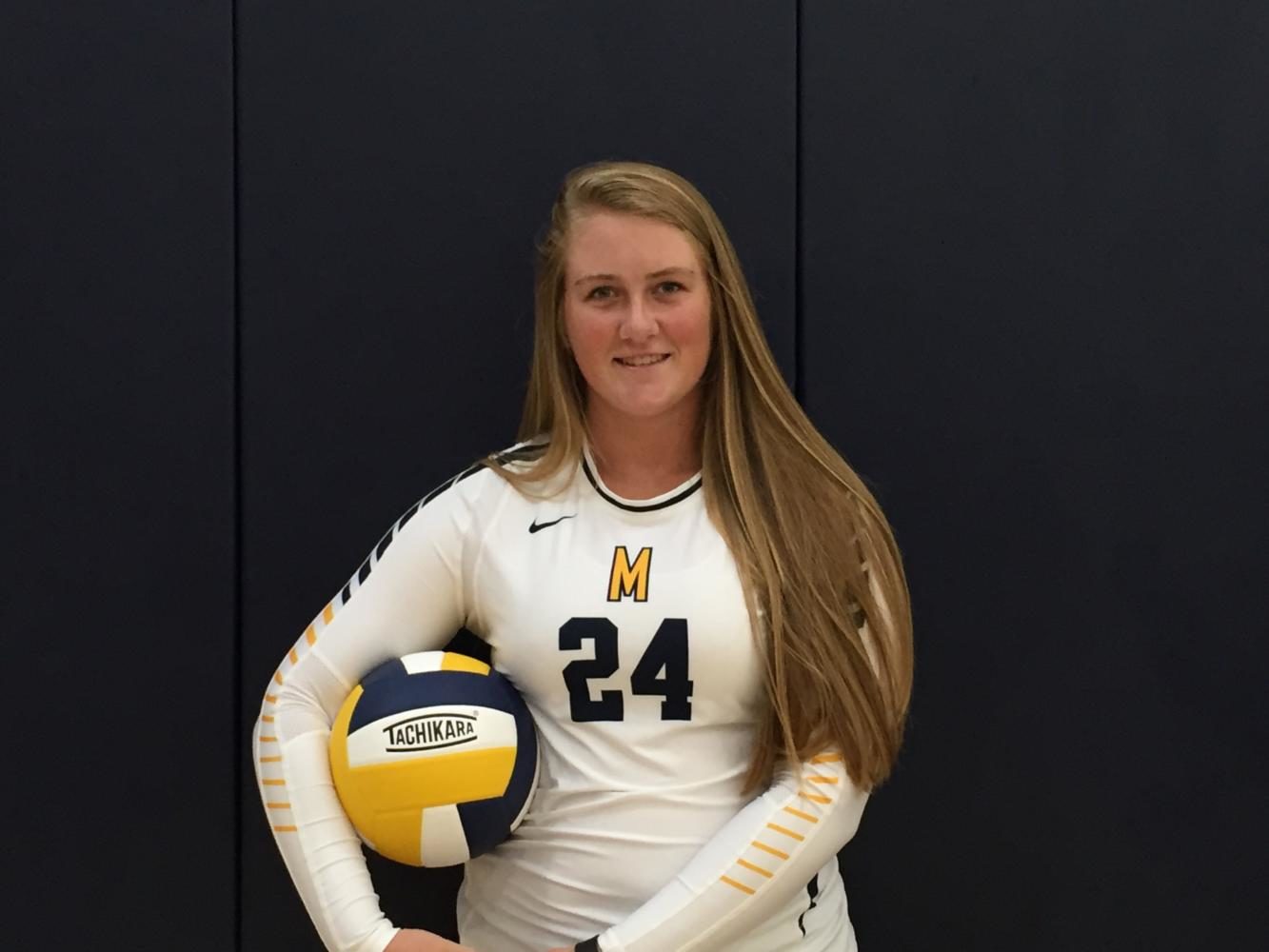 Senior Amy Goodman recently committed to Eastern Mennonite University, a private Division III school in the mountains of Harrisonburg, Virginia. The 5’10” outside hitter started her volleyball career in eighth grade after receiving encouragement from her sister Kelsey, who currently plays on the Roanoke College volleyball team. The sisters will rival each other on the court this fall when their teams face off. Amy has played at Midlothian for five years, as well as playing for Richmond Volleyball Club and Powhatan Elite. Goodman’s talent helped secure the Midlothian’s Conference 20 win and led them as far as the second round in the Regional Tournament.

As a tri-sport athlete, Amy also participates on Midlo’s Varsity basketball and softball teams.
Goodman notes that she never expected to play collegiate volleyball; “I originally thought I’d play softball in college, but then EMU showed interest in me playing volleyball for them.” In August, Goodman will join the Blue Lions as they begin their four practice-a-day preseason. Amy is recognized by her teammates for her hard work and leadership skills. “Amy gives 100% in everything she does,” notes volleyball teammate Taylor Ampy; “I’m excited to see what’s in store for her.”

Goodman notes that she will miss her team and coach, but she will never forget her five seasons with the program. Despite the sad farewell, she looks forward to making new friends and pushing herself. We wish Amy good luck in her bright athletic and academic future at Eastern Mennonite!