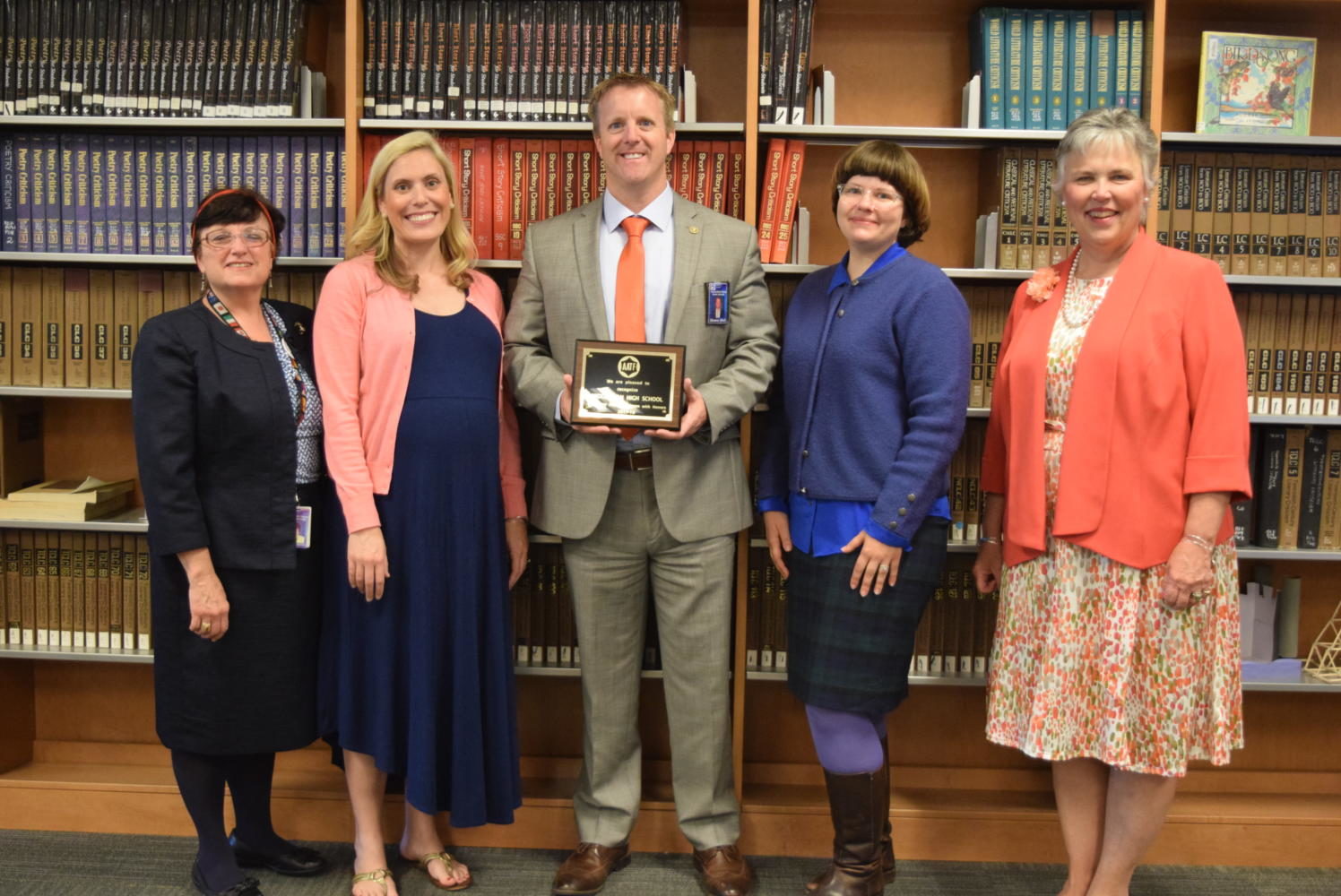 Crafted from the hard work and collaboration of a legacy of past and current Midlo French teachers, Midlo’s French Department received the American Association of Teachers of French (AATF) award of Exemplary Program with Honors. Only eleven schools and universities in the nation received the distinction this year.  Midlo stands as only the second educational institution in Virginia to receive this award.

Over the past years, Midlothian High School’s French program has succeeded in numerous notable endeavors. Recently, Mme. Garrison conducted a Project-Based Learning  (PBL) initiative that led her advanced French students to write and publish French children books and then send them to Haiti. To achieve this PBL initiative, Midlothian French students and faculty utilized modern technology to affect change in the world around them. Strong initiatives like this have allowed the Midlothian French program to establish a program of exemplary distinction. Whether making contributions outside the classroom by volunteering at nursing homes around the Midlothian community, helping the Little Sisters of the Poor charity at the RVA French Food Festival, or just exhibiting enthusiasm, Mme. Lindsay Garrison and Mme. Catherine Mazzola, along with their French students, have created an extraordinary French program that shines both inside and outside of the classroom.

Inside the classroom, students constantly excel, proving themselves on standardized assessments like the National French Exam (Grand Concours), the AP French Language and Culture exam, the International Baccalaureate French exam in both standard level (SL) and higher level (HL), and the SAT II French subject test, receiving high marks, as well as awards commending their achievement and aptitude. With the careful guidance of Mme. Garrison and Mme. Mazzola, some students also bring their experiences abroad in France to the classroom. This year, Mme. Mazzola arranged for dedicated upper-level French students to visit Épernay, France, where they applied their education to a relevant setting.