Bowling for a Cause

Helping Prevent Cancer One Strike at a Time 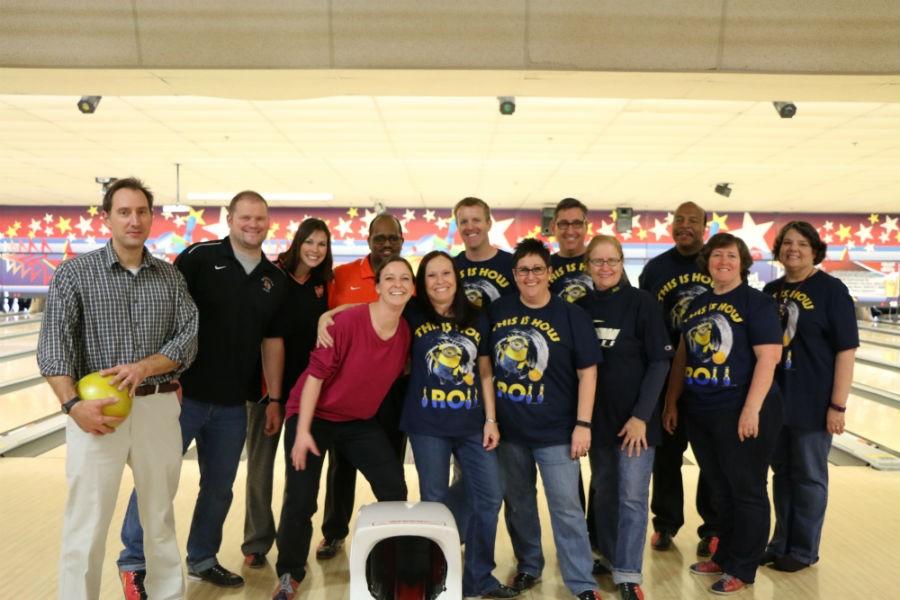 In the United States, colon cancer is the third leading type of cancer in males and the fourth in females. HCB2 (Hit Cancer Below the Belt), started by Melinda (Mindy) Conklin, is an organization that helps to raise funds through events, activities, and donations to provide the general public with early screenings, awareness, and education about colorectal cancer and cancer prevention. Strike Out Cancer, a bowling “tournament” that was started by HCB2, helps bring the Richmond area together, while at the same time promoting cancer awareness. Its initial effect has inspired many schools to get involved and help make a difference in a fun and effective way. Both Midlothian and Monacan High School decided recently that they wanted to help make this difference. With the collaborative work between the two schools and hard work of highly motivated Midlothian High School SCA members like Frankie Urcia, BJ Beckwith, Tea Lewis, Rachel Kendrick, Maddie Dutton, Elli Perkins, and many others, the charitable bowling rivalry between Monacan and Midlo became possible. The group effort was enormous and involved students, faculty, and the Midlothian community at large. Many members of the English Department, including teachers like Mrs. Palenski, Mrs. Tucker, and Mr. Spewak, sold tasty treats between classes leading up to the event to help raise money. Furthermore, Adrienne Preston helped enormously by being the top donor for the Midlothian team.

Midlothian High School families also contributed hundreds of dollars, which Midlothian High School faculty, including  Mrs. Reynolds, Mrs. Roberts, Mrs. Russell, and many more members of the Midlothian support staff helped double as promised to make an incredible contribution to HCB2. When the date of the Midlothian vs. Monacan bowling showdown set for Thursday, February 18, 2016, drew near, students became energized by the opportunity to hash it out against the rival, Monacan High School Chiefs. Rachel Kendrick, a key member of the Midlothian SCA and a senior at Midlothian High School, appreciates the overall effort of all involved. “ Midlothian has been very supportive during this month, whether students helped raise money or created a team, they gave it their all, and I believe our hard work paid off. Ultimately, I’m proud to be part of Midlothian High School.”On the day of the event, huge groups of excited Midlothian and Monacan students and faculty gathered at Bowl America off Midlothian Turnpike. The scene was powerful; 29 teams gathered in matching shirts and outfits, cheering each other on loudly and enthusiastically. Midlothian High School Principal, Mr. Shawn Abel, describes the scene as “an incredible time, where students got to relax and have a ton of fun while helping give back and raise awareness.”  At the beginning of the event, the staff from both schools anxiously lined up to announce who won the fundraising portion that took place in the weeks leading up to the event, knowing that the losing team’s staff would have to wear the opposite schools spirit wear to school on Friday morning.  In reality, however, there were no losers here; everyone who was involved was indeed a winner.

The impact of the event proved massive. On Friday morning, Midlothian’s faculty walked proudly into school sporting blue and gold, and Monacan’s faculty, most likely a little less proudly, did the same. For two seemingly quick hours, the sound of falling pins echoed through the bowling alley, and although they were competing against each other, both schools mingled and laughed as friends. At the end of the night, Midlo rolled a double, having raised over $3,800, and having knocked over more pins than Monacan. In the end, the event turned out to be a massive success, and with an outstanding turnout of supporters and bowlers, it succeeded in raising both awareness and financial support for this important cause.