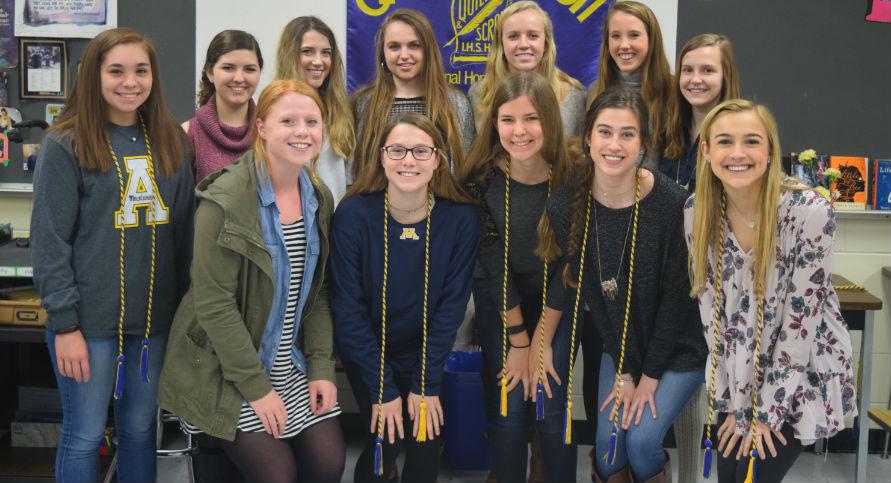 New members of Quill and Scroll smile brightly at the induction.

Mrs. Tully and Mr. Johnson hosted the event, calling each new inductee to the front to claim a yellow carnation, a Quill & Scroll certificate, and a pin, while congratulating each student.  Seniors also received blue and gold graduation cords. Congratulations to new and old members of Quill and Scroll for demonstrating excellence in journalism and working diligently to showcase important events that happen each day at Midlothian High School.