Midlothian Boys Tennis Gears Up for the New Season 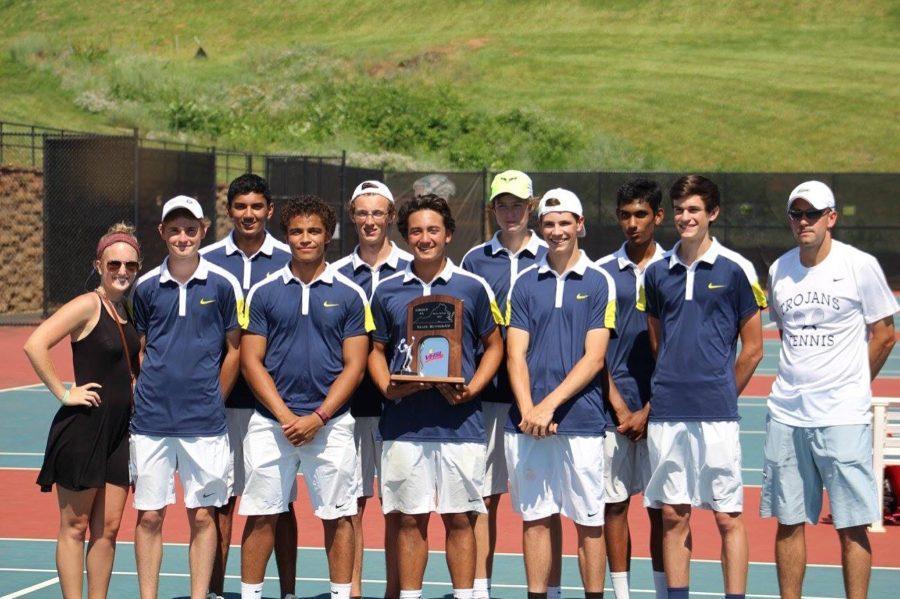 With the changing of the weather comes the changing of the sports season as well. As March rolls around, so does spring sports and with that, the reigning Regional Tennis Champions, the Midlothian Boys Varsity Tennis Team. Led by new coach Al Rivers, practices began the week of February 20th, and the boys came out every day ready to get back into their regular routine. With the first few weeks of practices under their belts, the boys are optimistic about their success in the future.

The senior lineup looks strong with Alex Rose, Ivan Jackson, Peyton Neff, and Nikesh Kamani.  Senior Thomas Jackson faced a setback extremely early in the season, breaking his wrist in two places during a recreational basketball game. On being able to play this season, Jackson said, “It’s not the best situation. I was really looking forward to the season, so I was disappointed when I got injured, but I will always be here to support the team. I’ve been friends with some of these guys for many years now, and I can’t wait to watch them succeed and hopefully try to compete for the state championship.”

Other returning players include: Venkat Cheekati, Alex Knorpp, Jack Williams, and Nick Yglesias. The 2015-2016 season resulted in a Regional Championship title for the team. The team placed second in the State Championship competition, just falling short after three years as State Champions. The team welcomed a few new faces this year, Tyler Ezell, Finlay Raphael, Zach Zerra, and Sai Poluri. Seniors Bella Urcia and Regan Sabine are managing the team. On the tasks required, Urcia comments, “We usually just hang out at practice and do whatever is needed. We made a music playlist to play at practices, and we’re really excited to see how far the team can make it this year.”

So far, this year’s team looks promising with young potential, as well as experienced veterans. Senior Peyton Neff says, “I’m most excited to spend my final season with these guys and hopefully make it back to the state championship.” The boys look forward to an excitement-filled season to finish off the 2016-2017 school year.