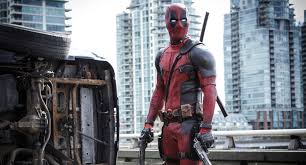 Deadpool,  directed by Tim Miller, and based on Fabian Nicieza’s comic of the same name, hit Midlothian theaters February 12. Deadpool explores Wade Winston Wilson’s (Ryan Reynolds) story, as a former Special Services operative turned anti-hero, who searches for the man who destroyed his life. Midlothian superhero and comic fanatics will enjoy the character’s eccentricities and the comic origins of the story.

Much excitement has grown for the new movie due to the various superhero films coming out this year, like Captain America: Civil War and Superman vs. Batman. However, unlike these serious films, Deadpool capitalizes on its comedy and unique dramatic moments. Nicieza’s comic displays the theatrical evolution of Wilson’s character. Originally, Nicieza created the character as a villain and incorporated him in the 1991 comic, The New Mutants and X-Force issues. However, he later developed him into the antihero. Fans nicknamed him “Merc with a mouth” for his talkative and sarcastic nature.

Today, Nicieza’s character still garners much attention by  pushing the fourth wall, acknowledging audiences with crass humor. Similarly, Ryan Reynolds, displaying much of the character’s humor, brought the character to life in the 2009 X-Men Origins: Wolverine film. Reprising the role, he shows much of the same black humor.  However, this film has him with a sidekick, Negasonic Teenage Warhead, his exact opposite. With her cruel and dark exterior, she often contrasts Wade’s easy-going style. With Deadpool’s history and the new film and character, the story’s sure to spawn new films in the future.