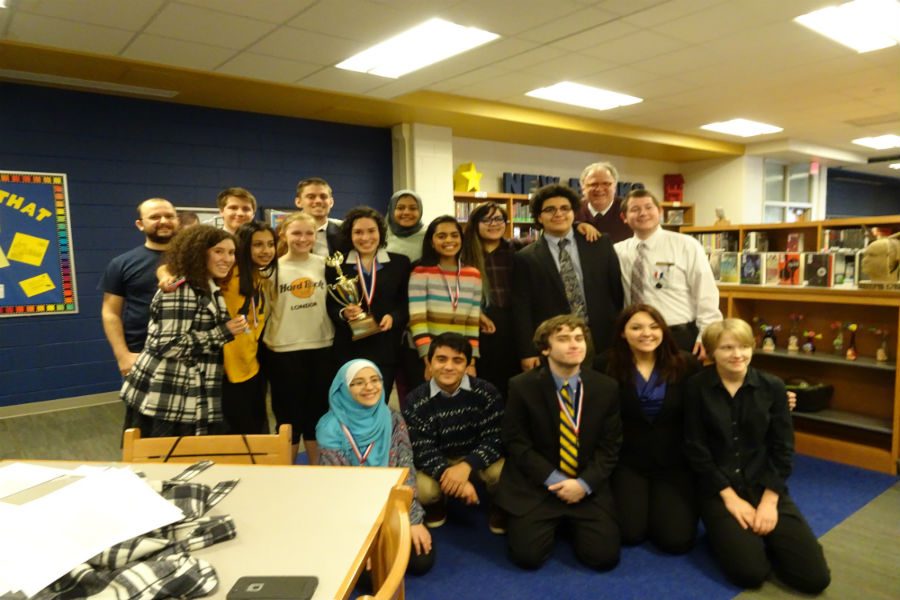 The Midlothian High School Forensics Speech and Debate Team has been busy over the past two weeks. Having successfully completed the VHSL Conference 20 Competition for Speech events, as well as Clover Hill Invitational (hosting both Speech and Debate events). It goes without saying that some recognition is in order for those members of the team who placed at the aforementioned venue(s). What remains now for the Midlothian squad is VHSL Forensics Speech 4A Regionals and VHSL Forensics Debate 4A Conference.

Midlo’s Forensic Speech and Debate Team placed second in both speech and debate at the Clover Hill Invitational on Saturday, February 11, 2017. The team took a relatively small squad this time, mostly due to team illness, but performed well in a tough, competitive field. Congratulations!