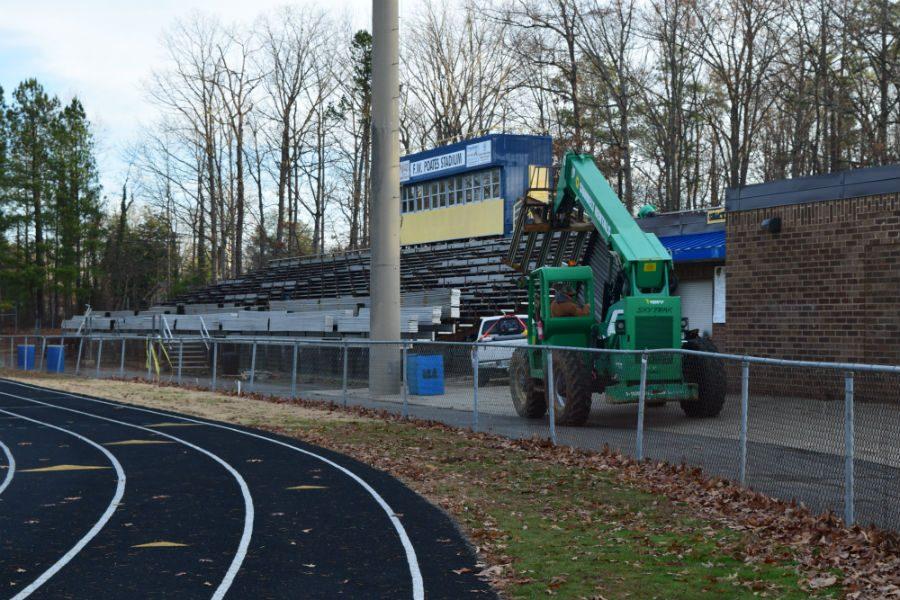 Soon after Midlo’s football season ended, busy crews using bulldozers and other heavy construction equipment swiftly ripped down the old stadium bleachers. In early December, demolition quickly began on the visitors’ side . This demolition allowed students and faculty to look forward to the upcoming spring sports season. Mr. Deron Mason, Midlo’s security officer, added, “I think that this new stadium is wonderful. The old bleachers were outdated and were just overall unsafe for the students. This new stadium will be up-to-code, and I am happy that people will be safer while watching. It is also exciting that the new stadium is school colors. It looks good and people will be safe. It’s nice.”.

By the time students and staff returned from winter break, the old bleachers had disappeared, and crews had installed the new bleachers on the visitors’ side. The home bleachers then went up during the first weekend in February. These new installations included safer railings on the side for the spectators and Midlo blue and gold lining each row.  The final piece to be added is the new press box; the entire stadium reconstruction should be completed by the beginning of the spring sports season.