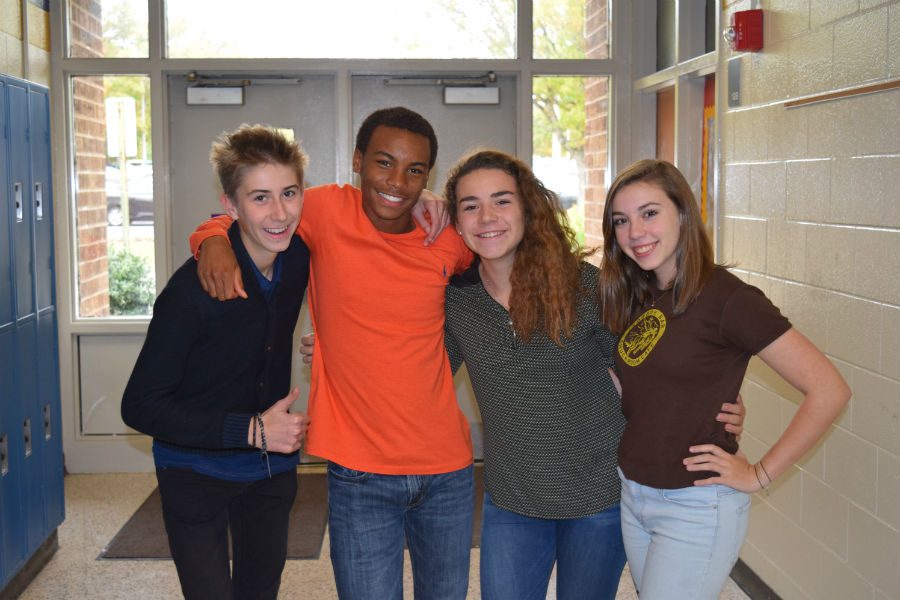 It goes without saying that France and the United States have distinctive cultural differences. Recently, a very accomplished group of teenage linguists ventured from Epernay, France, to Midlothian, Virginia, to immerse themselves in American culture. Even though they all held prior knowledge of the English language before arriving, they never could have anticipated the exciting cultural differences that awaited. I recently met with two of these students: Tim and Margaux, from Lycee du Notre Dame Saint-Victor, a well-regarded private high school in the Champagne region of France, to learn about their perspectives of our American culture. I asked them the following questions in French and have translated the questions and responses for American viewing pleasure below.

Is there anything interesting you’ve seen in the United States that you’ve found interesting?

“Richmond (It is an extremely diverse place where there was a lot of cool stuff to see.) It was cool because when we were walking in the street, there were a lot of cool shops and things to see.”

Anything different about the schools here in the U.S. than in France?

“In France we do not have sports or after school activities necessarily affiliated with the school. I’ve noticed here that this is different. At Midlothian, you guys have a lot of sport teams that are directly for your school.”

How was Halloween different here than in France?

“One thing: Trick-or-Treating. In France, Halloween isn’t really a big holiday. It was really cool to get to see Halloween in person. We see this holiday a lot in American movies and were interested to learn more about it.”

Why have you done the exchange?

“It was our choice; we wanted to increase our ability in English because it is something necessary to have to get a good job in France.”

Are there any extremely noticeable differences you have noticed?

“You guys have really big grocery stores! In France, we tend to go to small local markets or petite sized convenience stores; however, here, we walked into a place I think called Cosco, and it was unlike anything I have ever seen.”

What is the one place in the United States that you feel people back home in France really want to see?

“New York. When we turn on our televisions or watch American television series, it is the city that we see most often. It looks really pretty.

Are there any awesome foods you have tried while here?