Words, Unity, and the Pursuit of Trial and Error 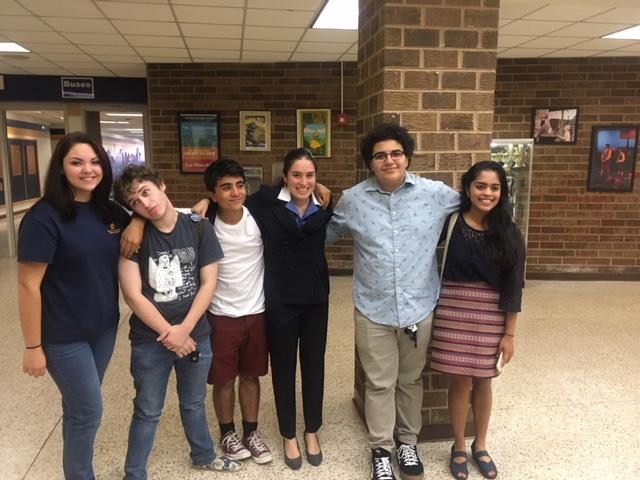 Students compete with competitors outside of their VHSL divisions, which allows them to meet competitors they would not typically face. For example, a state winner in division 3A of an event may compete against the division 4A state winner of that same event. This is unlike that of VHSL Conference, Regionals, or States competition. Not only do invitationals offer a different level of competitiveness, they also offer many first-time forensicators the opportunity to try something for the first time. The Midlothian High School Forensic team is rebuilding after losing so many incredible graduating seniors; however, Midlo’s new competitors made it clear on Saturday that they would step up to the plate.

MHS freshman Nour Goulmamine refused to back down as she fought valiantly to secure 4th place in Prose Interpretation, an event that requires both confidence and skillful analysis and acting of a prose categorized piece. Many veteran team members also left their comfort zones at the door as they tried new events for the first time. Justin Pollard, a multiple award winning Serious Dramatic Interpretation competitor, walked away with 1st place in Original Spoken Word, an event that demands students to create their own poetry to perform and interpret for a 7-10 minute performance in front of a live audience.

The results do not lie; Midlothian High School Forensics made a huge statement on Saturday with nineteen placing entries. More important than placing, the team unified and faced one of the biggest fears people face in our society today: public speaking.