Putting on the 18th 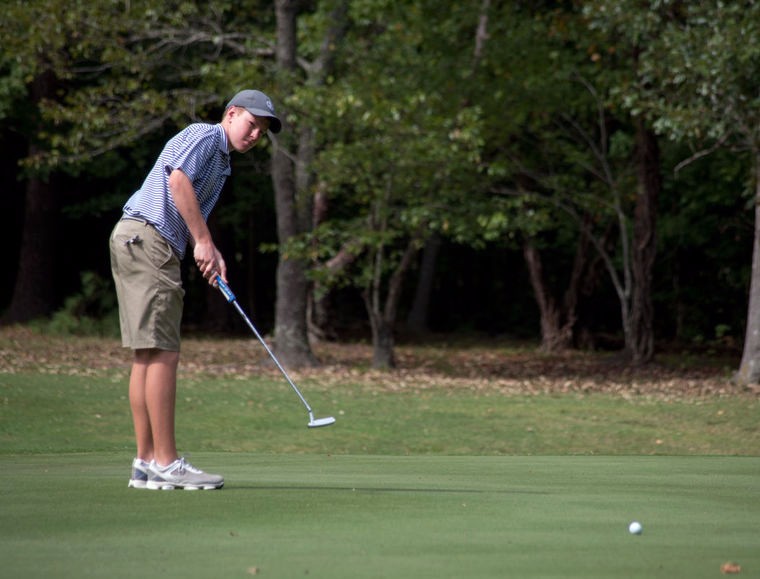 Kyle Clarke swings his putter at the Regional Golf Tounament.

Through the last 2 years, Midlothian qualified one participant in the state golf tournament to compete. Junior Kyle Clarke represented Midlothian admirably on both occasions. With the golf season lasting just over 2 months, it encompasses less time than any sport at Midlothian.  On October 10th and 11th, the season came to an end with the state golf tournament, held at The Tradition Golf Club at Stonehouse.

With experience at the state level once before, Clarke knew what to expect. He came into the match on Day One scoring a 79. This placed Clarke tied for 4th going into the second day of competition. Head Coach David Brohl commented on Clarke’s Day One performance saying, ”Kyle shot very well the first day on quite a difficult course.”

The 2nd day began with an early tee time, which started at 9:40 am. The early tee time did not affect Mother Nature, as Clarke described it in one word, “Awesome.” He ended by shooting a still impressive 83. After all competitors completed the course, Clarke tallied up his score after two days, resulting in a 10th place finish.

With young talent on the team, both players and coaches are optimistic about the future. The team returns 5 of their top 6, including Kyle and his brother, Ben Clarke. Clarke plans to return for a third straight time to the state golf tournament; however, next time he hopes to have his teammates join him for a chance to win a team title.