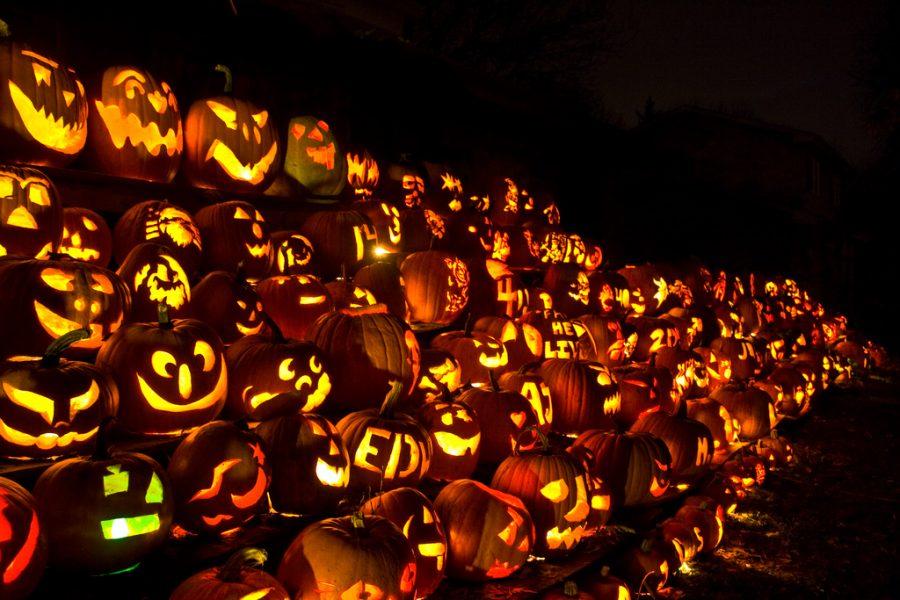 Halloween, otherwise known as All Hallows’ Eve, is the season that youngsters anticipate all year long, the time when every little boy and girl gets to go door to door and exclaim the oh-so-famous saying, “Trick-or- Treat!”, and the day of the year when children can dress up as anyone they have ever dreamed of becoming. Spooky ghost, werewolf, vampire, and many more creative costumes, followed by frightened shrieks, screams, and yelps fill the streets of neighborhoods on Halloween night once a year. Everyone knows that Halloween is a blast, but where did it originate? Why does the holiday involve dressing up in costumes and going around the neighborhood to ask people for candy? Halloween’s importance goes far beyond receiving loads of candy and cavities.

Formerly addressed as Samhain, Halloween began as a Celtic festival which occurred on the night of October 31st every year. New Year’s celebrations for the Celts (people who lived in France, the UK, and Ireland) occurred on November 1st.  Samhain translates as “summer’s end” in Gaelic, so one would assume that people celebrated the turning of a new leaf as one surges into a new season and a new year, right? Wrong! The holiday closer resembles a town meeting with the purpose of preparing for the winter and bringing animals back from the meadows, grasslands, and leas they roamed over the summer. One would not presume that at a town meeting the participants would gather their Ouija boards, candlesticks, and spell books to summon and commune with the dead. The Celts believed that on the day before the new year, when everyone’s slate gets wiped clean and hope sparks anew, that the borders between the worlds of the living and the dead vanquish, and the two groups become one again.

Over the years, Samhain has evolved into Halloween. In the late 19th century, Americans adapted Halloween into a holiday more suited for families and friends than a night of creepy wizardry. Community members encouraged parents to remove the scary and creepy components of their Halloween celebrations. Trick-or-treating surfaced as a cheap way to involve everyone in Halloween, and the original purpose of the saying encouraged kids not to trick families if they provided them with a treat. Kids dress up in costumes for Halloween because during the winter, a blood-curdling, spine-chilling, and hair-raising time for the Celts, people would dress up in costumes on Halloween night to avoid being spotted by the ghosts, and maybe even trick them into thinking they too were ghosts. The tradition of giving out candy began when Celts feared that the ghosts would barge into their homes and harm them, so to avoid this awful phenomena, they would placed bowls filled to the rim with food on their doorsteps.

Along with the history of Halloween comes lots of interesting, unique, and odd Halloween superstitions. Some Halloween superstitions include: black cats, witches, and Jack-O-Lanterns. Black cats stand for bad luck and bad mojo during Halloween. The poor little kittens can do nothing to change their inky coats, but their unfortunate stereotype dates back to the Dark Ages when witch hunts were commonplace. Black cats were said to be affectionate gifts from the devil to the witches, and the devil even changed himself into a black cat when he wanted to communicate with a witch. “Witches” came from a highly honored goddess throughout the Samhain holiday. The goddess’ importance stems from her knowledge and wisdom from old age, a completely different image than that of the green, warty, and creepy witch that appears in movies and scares children. Jack-O-Lanterns began as a tale in Celtic folklore about a farmer named Jack who was denied entry at the gates of heaven and hell after he passed away. Jack carved a turnip and created a light to guard him through the darkness through which he wandered. The light assisted Jack in “guiding his lost soul.” Therefore, the Celts thought that carving Jack-O-Lanterns and setting them on their doorstep would help lost spirits find their way home, and they also scared away evil spirits and creatures.

All Hallows’ Eve has transformed, changed, and adapted, and it will continue to change as kids change. Who knows, maybe in a century or two Halloween will be completely different than it is now. However the holiday changes, it will still be loved by many. Happy Halloween!