Women and children affected by the Russian invasion 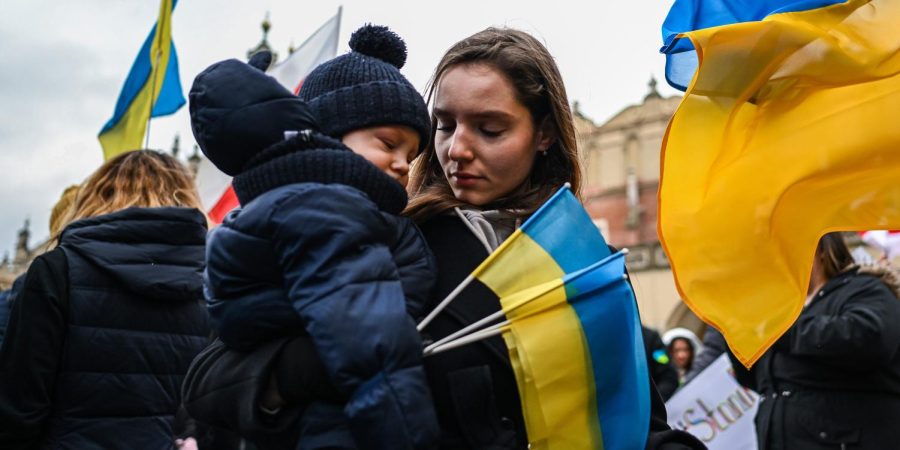 Millions of Ukrainians have fled the Country since Russia’s violent invasion, with the vast majority of them being women and children. In fact, only one month into the war, 4.3 million children (more than half of Ukraine’s child population) have been displaced. Conflict researchers hold particular concerns for women and children in and escaping conflict areas.


Human Trafficking
There are major concerns about human trafficking along the Ukrainian border, especially as there are known instances of human trafficking networks operating between Ukraine and various countries in Europe and Central Asia.

Those escaping conflict areas are especially vulnerable to fake job offers, travel opportunities, housing arrangements, etc. used by many human traffickers. Many are particularly concerned about the children leaving Ukraine without adult family members or legal guardians and then being led into dangerous situations by these manipulative tactics.

Gender-Based Violence
As reports of grotesque violence against Ukrainian civilians have been surfacing, there has been a shocking amount of sexual violence from Russian soldiers reported. Many of these allegations are yet to be investigated. However, Iryna Venedikotova, Ukraine’s attorney general, recently announced the first rape charges against a Russian soldier.

Access to Medical Care
In conflict zones where hospitals and medical centers may be unsafe to enter or in shambles, essential health-related services can be disrupted, which may disproportionately affect women and girls that now don’t have access to sexual and reproductive health services. In these areas, women are at higher risks of maternal mortality, sexual and reproductive injuries, and unplanned pregnancy.

There are an estimated 80,000 women in the area who are expecting to have children in the next few months, and, due to destruction brought by the Russian soldiers, they may not have access to the maternal health care they need.

At times like this, when women are disproportionately affected by major conflicts, many advocate for women’s participation in major decision-making processes and put extra importance on uplifting the voices of women and children that have been impacted by the war.

The longer Russian aggression in Ukraine rages on, the more dire the situation for Ukrainian women and children becomes. Many nations around the world are committed to doing whatever is in their power to end this occupation as soon as possible.