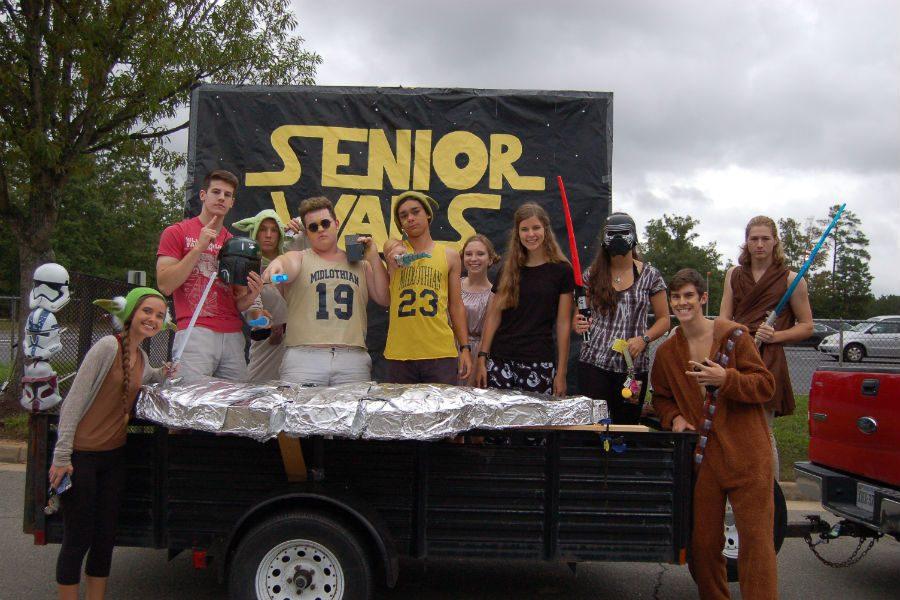 On Friday October 7, 2016, Midlo clubs, organizations, and sports teams showed off their school spirit in the annual Homecoming parade. Since the theme this year revolved around Space, the floats were each specially decorated to reflect the organization, as well as aspects from the solar system or space-themed movies.

The freshman class rode around on bikes to go along with their unique adaptation of the famous movie, ET. Driving close behind, the sophomores dressed as Buzz Lightyear, Emperor Zurg, and the green aliens from Toy Story. Their creative idea to create ¨the claw¨ from the movie truly pulled their float together, as they moved around the track. Soon after, the junior class dribbled on the turf to represent the fun kids’ movie, Space Jam. The groovy background on the float pulled their concept together nicely. Seniors chased behind with light sabers, dressed as Star Wars characters. They brought the parade to life with energy, enthusiasm, and creative costumes.

When Midlo Cheer Team walked around in blue inflatable suits, looking like planet Neptune, they sent ripples of laughter through the crowd. Dance Team created rocket backpacks and had sparkly headbands that made them look like martians. Clubs threw out candy to the parade viewers in order to create excitement for their organization. Incredibly fancy cars chauffeured the beautiful Homecoming princesses around the track during their spotlight in the parade. Overall, the annual Homecoming Parade was a total success as Midlo once again proved its dedication to school spirit.