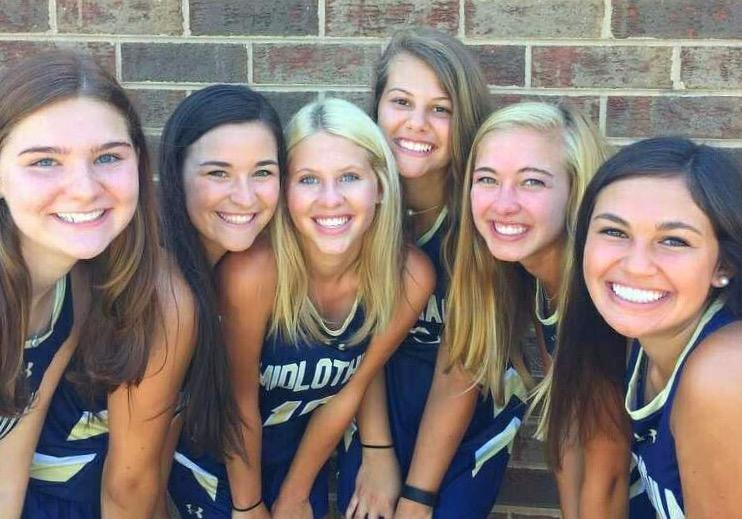 Coming off of a high from last year’s regional finish, the Midlothian High School Field Hockey team came back even more fierce this year. With conditioning starting the week after school let out and official practices beginning on August 1st, this dedicated team has put in effort day in and day out.

Kicking off their season with an easy win against the Hanover Hawks (6-0), the girls looked onto the future optimistically. Unfortunately, star player and senior captain Nora Mulroy sustained a concussion early in August, which sidelined her for the Hanover game. However, the following week, Midlo played one of their biggest matchups of the year, the Grafton Clippers. Last Augus,t the hockey team lost 1-0 to the Clippers on home turf; now this year, the ladies hoped to redeem themselves traveling to Grafton territory. The girls came out strong and determined in the first half, scoring the first goal of the game right off the bat. They held the feisty Clippers 1-0 at halftime and the majority of the way through the second half. Until about 2 minutes remained on the scoreboard, Grafton shot one straight past Midlo’s goalie Lindsey Merillat’s feet, causing the game to go into overtime. The ladies stayed hopeful that they could score the first goal and beat the Lady Clippers once and for all. Overtime consisted of seven girls on each side of the field, instead of the normal eleven. Jenna Kyte and Lauren Elmore held the two forward positions, while Nora Mulroy and Bella Urcia dominated the middle. Midlo came out swinging, but so did Grafton; despite their best efforts, the Lady Trojans fell to the Lady Clippers seven minutes into the first section of overtime. With the leadership of the three senior captains Nora Mulroy, Bella Urcia, and Regan Sabine, the team picked themselves up and looked forward to their next battle against long time rival James River.

With the exception of Grafton, the field hockey team has gone undefeated so far this season with major wins over James River, Manchester, Monacan, and especially the Cosby Titans. After beating Cosby last year 4-3 for the first time in four years, Midlo was determined to keep the legacy going this year with another win over the Titans. Junior Jenna Kyte scored the first goal of the game, and the Trojans held the Titans 1-0 until late in the second half. The Titans dug deep, able to get one past the goalie with barely any time left in the last half. The buzzer ran down, and Midlo knew they were headed into yet another overtime. Steadfast and strong willed, the Lady Trojans knew they could not repeat what happened at Grafton. With the starting whistle, midfield Nora Mulroy came out stronger than ever before. With the help of her outlets to the side, she carried the ball the whole way up the field. With only two minutes into the first set of overtime, Mulroy shot the ball straight into the left corner of the cage. The Trojans stormed the field and reigned victorious in the battle against the Cosby Titans.

Besides the fact that this team spends most of its time together at practice, the ladies also spend most of their time off the field together. “We’re all just one big family,” says Nora Mulroy. The bond that these girls have is unbreakable, which they credit for the reason they play so well together. Junior Jenna Kyte stated, “I like playing Midlo field hockey because I’ve been able to bond with my teammates every day, and now I consider them some of my closest friends.” The girls get together for weekly pasta parties before major games and spend extra time with each other in order to remain close.

Unfortunately with rain rolling through the Midlothian area in late September, three of Midlo’s hockey games were rescheduled, including the matchup against the undefeated Clover Hill Cavaliers. With more than half of their season left, the girls remain confident in their abilities and skill to push their way through to regionals, and maybe even one step further.