I deleted social media one year ago, and this is how my life has changed. 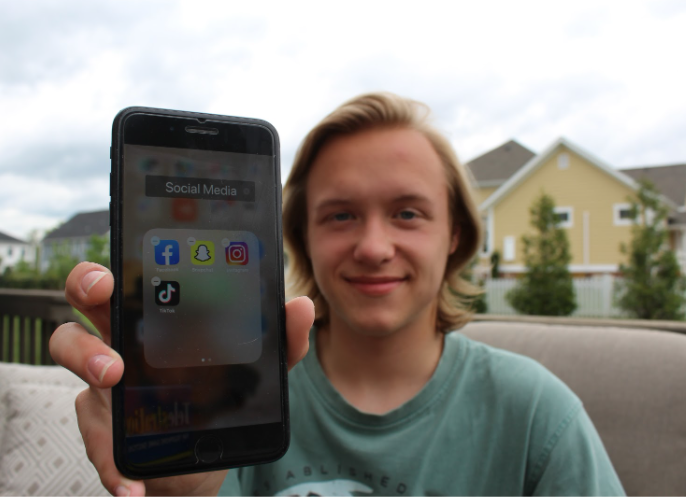 I deleted all my social media one year ago and I have learned so much more about myself, my mindset and my goals.

One hot day in the summer of 2019, I sat down with my aunt and uncle, who had grown up without the internet, and tried explaining to them the basics of social media. As I listened to my uncle struggle to understand the concepts, he asked several questions about why we do the things we do on social media. Since I had never considered it before, I found myself blanking for words.  As I pondered his questions, I came to the realization that if I didn’t know why I was using social media, then maybe I shouldn’t be using it at all.  Fast forward to March 2020 and the COVID-19 quarantine. Like most teenagers during this time of The Great Boredom, I found that I was spending excessive amounts of time on my phone, endlessly scrolling through Instagram, Snapchat and Facebook.  One day during a particularly boring scrolling session, I was reminded of the conversation I’d had with my uncle the previous summer. The gears in my mind began to click and, all of a sudden I saw the pointlessness of it all, so with the click of a button,  it was all gone.  I have now been without social media since June 2020, and have learned so much about myself, my mindset and my goals. I want to share my eye-opening experiences in hopes that others see the value of disconnecting from social media and becoming present in every moment.

Before I deleted my social media, I was crazed over earning the highest Snap Score (a meaningless Snapchat point system in which everyone competes for popularity), bumping up my Snapchat story views, and making sure that I had as many likes as possible.  Every like and comment fueled my desire to keep posting random updates of my life.  I would post pictures of my pets, my friends, my daily activities, and even what I had for breakfast.  However, this exhausting process came at a price that I hadn’t known was originally there.  An average of five, six, even seven hours of scrolling, liking, clicking, double-tapping, and saving began to fill my everyday agenda.  It was over the 2020 Quarantine that I came to the realization of how much my phone was rotting my brain.  I’ve often heard that social media is like a slot machine: built to be addictive, but if you take a slot machine home, and use it all day, you’re bound to see negative effects develop in your brain.  With “shiny treats” called notifications, and addictive algorithms built to steal your attention, social media is so much more destructive than it seems.

As I thought about my uncle’s questions of Why, I knew then that I had to end my obsession, and just go complete social media cold turkey.  I posted one last update, asking for phone numbers to see if anyone wanted to stay in contact. Then I not only deleted my accounts but deactivated them.  There would be no going back, and let me just say, it wasn’t easy at first.  I mean, how could it be?  Being a Gen Z high school student, social media served as my platform of communication, my scrapbook of memories, and the timeline of my life.  I couldn’t just lose all of that.  The first week felt like a real detox.  I felt a constant emptiness every time I mindlessly grabbed my phone and searched the spot where my apps used to be.  I kept a running calendar in which I marked off every day I was free of social media.  Eventually, my anxious mind settled, and the thought of social media left my mind completely.  It was quite easy actually forgetting about social media since I wasn’t constantly being reminded through buzzing notifications.  I no longer felt tied down to my phone or felt forced to post random updates that no one would see.  After leaving social media, I began to see the world in a different way, one that I hadn’t seen before because my head had been buried in my phone.

When I tell people that I deleted all my social media accounts, their first question is Why? My main reason is that Instagram, Snapchat, and Facebook added no tangible value to my life.  Social media had been using me, and I had received nothing from it. The other red flags of social media are the people.  In my five short years of being on social media, I noticed that a majority of people on my social media were people I had literally never met in my life.  Random people from all over the world would somehow add me through quick add. Does this not seem strange to anyone else? I found myself constantly clicking through these people’s Snapchat stories, being in awe over their seemingly perfect lives.  And then it hit me.  I had been spending way too much time keeping up with other people’s lives, that in a way, I was forgetting to live mine! That is the harsh reality of social media.  Living for people we don’t really know while neglecting the ones closest to us who will be here forever.

This is where things started to get real.  Weeks passed, and then months and I noticed that I had become so much more productive. I began reading books again, which social media had stolen from me (yes books are still a thing).  I embraced my creative side and began working in my sketchbook which had been collecting dust on my shelf.  I even picked up some new hobbies, such as baking and rollerskating.  Every day became an adventure where I would actually have to find creative ways to receive my dose of dopamine.  Now, before I make myself out to be some off-the-grid aesthetic, I will say that I am still completely informed on major events, and, yes, I still have friends.

There are, however, some downsides to not having social media.  Without the small birthday cake emoji on Snapchat, almost no one remembered my birthday this year, which was a bit upsetting, if I’m being honest.  However, I returned the favor by remaining completely oblivious to theirs.  In a way, this showed me who my true friends were.  Although it was nice to receive an endless stream of birthday wishes on Snapchat, I knew that at the end of the day, no one really cared, and that’s the cold truth of social media.

Over time, I did have a fair share of awkward conversations with relatives and friends who thought that I had blocked or unfriended them.  I just explained that I no longer found value in social media, and most people were shocked at my decision.  It even took some people a few months to notice that I was gone, but I realized that they were probably not my true friends anyway.  In most cases when I ask someone if they would ever delete social media, there’s always an excuse.  I don’t even use it that much.  I need it to stay in touch with people.  The one I hear the most is I don’t want to miss out on anything.  All of these statements, while understandable, turn out to be complete nonsense.  I had the same feelings as well, fearing that my FOMO (fear of missing out) would take over and I would go completely crazy.  That never happened.  I just continued to live my life, unaware of other people’s activities. The best part of not having social media is how free I feel.  I don’t feel forced to post pictures to some made-up national day or to constantly send Snapchats to random people.  Above all, I don’t feel pressured to log in every day to keep my Snapchat streak alive. I feel like my life is full of little secrets and adventures that only those closest to me get to know about, and that is a truly magical feeling only some can understand.

Now, I have almost completely forgotten about social media, and it has long forgotten about me.  Looking back, I wish I would have quit years earlier because life really does look and feel completely different after leaving social media cold turkey. So I’ll end with a challenge: try detoxing from social media for at least a week. You might just be surprised at how awesome life off the screen can be.