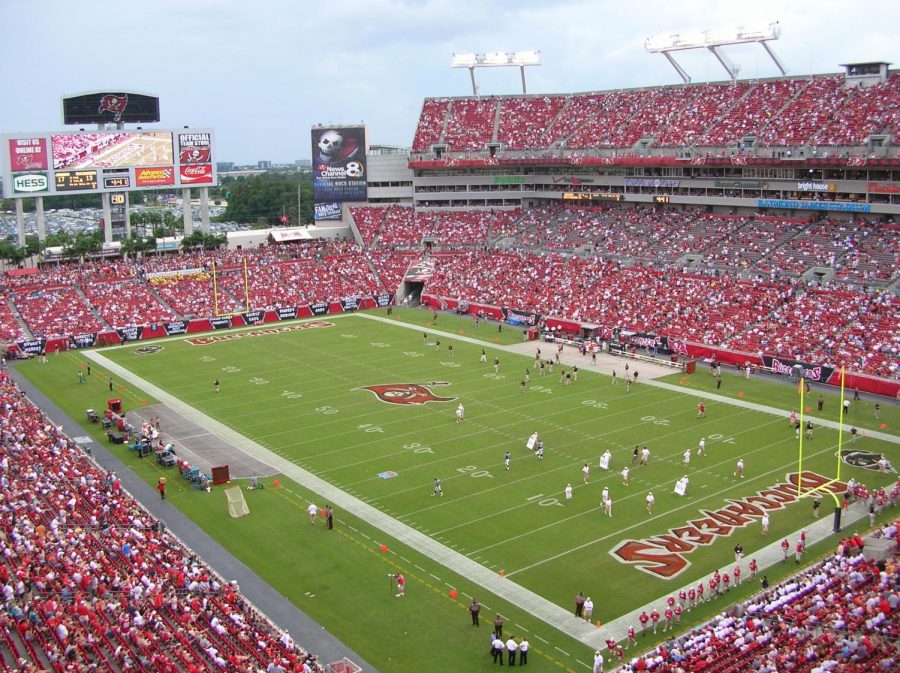 Super Bowl LV is the first Super Bowl in history to be held at the home team's stadium.

On February 7, 2021, the Tampa Bay Buccaneers squared off against the Kansas City Chiefs in Super Bowl LV. Unstopped by the COVID-19 pandemic, the time-honored American tradition persevered, to the surprise and delight of fans around the country. Nearly 25,000 people were in attendance at Richmond James Stadium in Tampa, Florida, which was far below the maximum capacity limit of 65,890. Despite the smaller audience, the game still represented the Buccaneers quarterback Tom Brady’s 10th Super Bowl and seventh potential win. As for Chiefs’ quarterback Patrick Mahomes, he is considered one of the better quarterbacks of the league’s new generation. Advertised as the Greatest of All-Time vs. the Greatest of This Time, Super Bowl LV provided the country with one of the most entertaining events to air during the pandemic.

At the top of the game, the Chiefs won the coin toss, signaling that the Bucs would receive the punt. Off to a slow start, neither team scored on their first possession of the football. Toward the end of the quarter, the Chiefs kicker, Harrison Butker, kicked a fourth down-field goal, resulting in the first-quarter ending with a score of 0-3. However, this is where the controversy of the game became apparent. With Mahomes having an injured toe and players’ confidence at a high due to their lead, the Chiefs’ linemen began to receive repeated penalties for a number of different calls, “holding” being the most prevalent error. Kansas City had 11 penalties for a loss of 120 yards by the end of the game. While Tampa Bay only finished with four penalties totaling 39 yards, Rob Gronkowski, the Bucs’ tight end, had 2 crucial back-to-back touchdowns that put the Buccaneers in the lead with a solid 21-6 at the half according to NFL.com. writer Kevin Patra. “I still thought the Chiefs could come back; however, after the third quarter, it was clear that wouldn’t happen,” sophomore Tanner Wood said in regards to the game’s score at the end of the second quarter.

To gear up fans for the remainder of the game, one of the most highly anticipated musical performances of the year filled the stadium with high energy, as The Weekend performed a medley of his greatest hits for the Halftime Show. When play resumed, the Buccaneers’ defense absolutely destroyed the opposing offensive line. The defensive linemen sacked Mahomes three times, making them lose huge yardage that was critical for Kansas City to make a comeback. Ultimately at the end of the game, Tom Brady received his seventh Super Bowl ring, as the Tampa Bay Buccaneers won with a score of  31-9. However, this game made history in more ways than one as the official Sarah Thomas acted as the first female referee for the Super Bowl in the league’s history.

Super Bowl LV certainly provided a much-needed outlet for millions, given the ongoing Coronavirus pandemic. With so little to bring society together right now, sports fans from all over tuned in to distract their minds from these uncertain times. Regarding one of the most talked-about players of the night, 43-year-old Tom Brady has no intention of retiring, leaving wondering fans with the single statement of “We’re coming back,” according to Travis Pittman a writer for 12News.