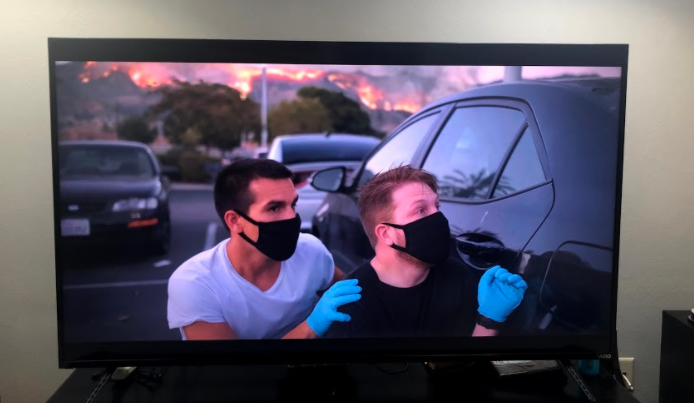 To suggest we’ve had a strange introduction to the new decade would undoubtedly act as an understatement. An ongoing pandemic, deadly wildfires, and national protests surely provide evidence to back up this incredible statement. To recognize these unsure times in global history, a short film YouTube channel, Ascender, released 2020 (A 1917 Parody) on October 3, 2020, which follows the one-shot take format 0f 1917, a World War I film released earlier this year. Written, directed, and edited by Stephen Ford, the entire eighteen minute experience represents an extremely impressive accomplishment, considering the quality of the film. While 1917 had a much more serious tone, 2020 adopts a comedic spin, putting hearts at ease as society begins to exit this interesting year.

The short film features two main leads, as does the movie 1917. 2020 satirizes many of 1917’s famous scenes. The entire motion picture has a cast of underground actors, including, Colton Eschief Mastro, Michael Lieberman, Terika Jefferson, Monib Abhat, and many others. When asked about the filming process during quarantine, in an interview with Joy Moore, a writer for OCN, Ford shared, “I’m crying both from exhaustion and happiness. The months of work, the stress of creating something this big with nearly no budget during a pandemic while unemployed; it’s been a a challenge.” To add even more to this impressive feat, Ford shot the whole movie on a Fuji X-T3 camera with no professional studio equipment.

This creative concept of a film teases 2020 as a whole, while acting as a love letter to the original 1917 war film. None of the comedic timing or witty humor feels forced because of the accuracy of each statement. As the two leads over-dramatize their adventure, background effects symbolizing real world events create a unique approach that takes on the seriousness of the past year’s events, portraying a humorous commentary. This short parody will serve as a staple for future cinematography, as mainline directors try to implement the events of this year into their own stories.