Murder hornets pose a threat to the Virginia ecosystem 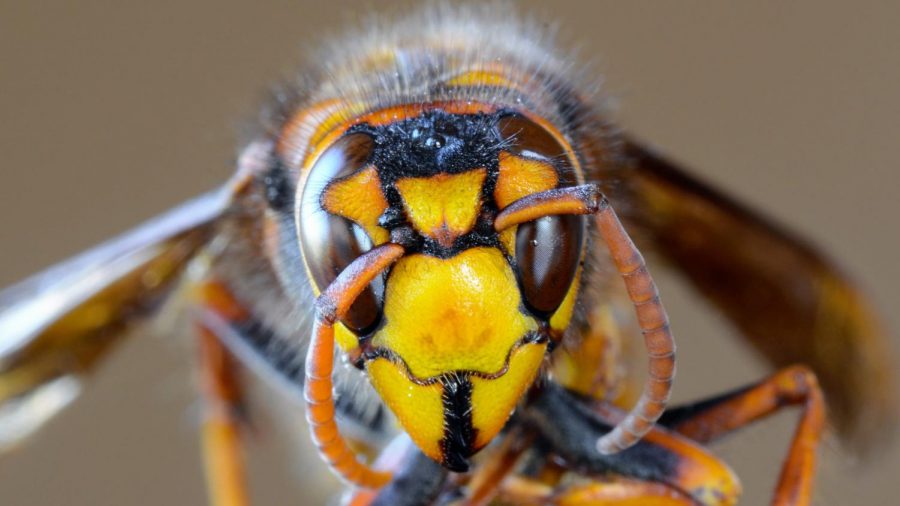 The Giant Asian Hornet, also known as the murder hornet, was discovered in Washington DC in October 2020.

On October 22, 2020, the first Giant Asian hornet, or murder hornet, nest was discovered near Washington DC. Fortunately, by October 28, the nest, housing over 500 murder hornets, was contained and destroyed. 200 queens hornets resided in the nest, and if given enough time, these queens could have each created a new hive. The hive was a relatively small size, only containing 776 cells, while a larger nest can have up to 3,000 cells.

A murder hornet sting, also called acid spray, isn’t lethal to a person unless the person is stung over 30 times. Fortunately, these hornets do not target humans unless they come too close, but as an invasive species, they do pose a large threat to the bees population. The murder hornets prey upon many types of bees and can kill an entire beehive in a matter of hours. While this does not immediately affect most people, it is detrimental to farms and plant nurseries that rely on bees to cross-pollinate. This is exactly what the Washington State Department of Agriculture(WSDA) entomologists are concerned about. Many local community members of Virginia also share the concern about an invasion. Katie Rhodes, a biology teacher at Midlothian High school, states, “It’s honestly frightening that an invasive species can harm so much of an ecosystem just by being in it.”