Lacrosse Class of 2020 says goodbye to the field 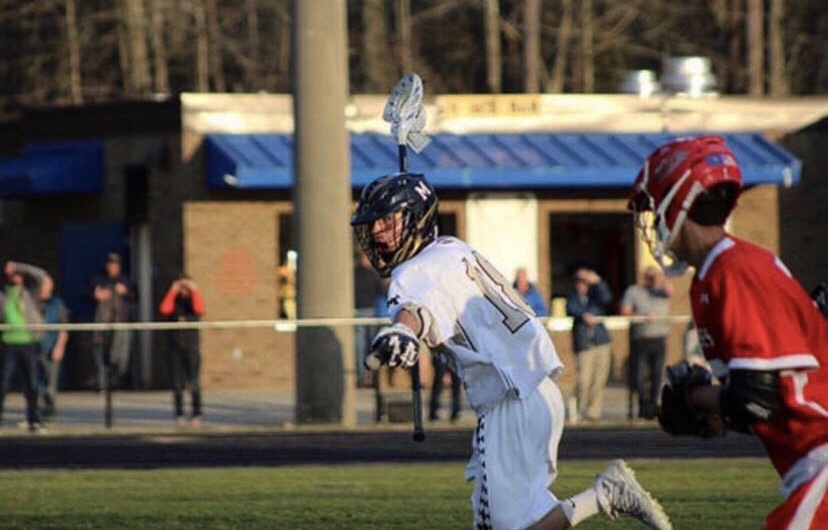 Every sports season, seniors play a large role as leaders on the field, using their experience and passion to make their last season a success. Seniors soak up their final season as a last chance to play with their beloved teams. Unfortunately with the closures of schools due to the COVID-19 epidemic, spring sports athletes in the Class of 2020 missed out on their last seasons, including their respective senior nights. The Midlo Scoop would like to recognize the seniors on the Midlothian Boys and Girls Lacrosse Teams.

Emily Muncie served as a key low attacker, competing in Midlo Varsity since her junior year. Muncie reflects on her time on the team, stating her favorite memory was “when the team started to mesh at the Thomas Dale scrimmage.” Muncie shares, “I’ll miss seeing everyone every day.” She will head continue her education at Colorado State in the fall.

Annika Anderson competed as an attacker for Midlo Varsity since her junior year. She shares, “I’ll miss seeing everyone every day. My favorite memory from playing on the team was scaring Reagan at our first scrimmage this year.” She will continue her education at James Madison University in the fall.

Liza Hopper served as a defender on Varsity since her sophomore year. She reflects on her time playing for Midlo, stating, “My favorite memory was playing at Jefferson Forest last year. Even though we lost, it was fun to play in a different environment and bond with the girls on the team on the ride there and back.” Hopper shares, “I’ll miss playing with all my teammates. It’ll be weird not being able to see some of my best friends every day after school and celebrating together after wins.” Next year, Hopper will study in the honors program at the University of South Carolina.

Kelsey Seiler stepped in this season as Varsity goalie, using her experience as the Midlo field hockey goalie to learn the position. Seiler states, I’ll miss the goofiness of the team and how everyone was super accepting towards one another.” She shares, “My favorite part of the season was seeing how many bruises I could get from everyone.”  In the fall, she will attend Randolph-Macon College to play field hockey.

Sierra Harrison served as an attacker and midfielder, playing on Varsity since her junior year. She constantly used her speed and agility to help the team. Harrison will continue her education at Virginia Tech in the Fall.

Derek Christmas competed as a midfielder on Varsity since his sophomore year. His favorite memory was from his junior year when the team beat Deep Run on their Senior Night. Christmas shares, “I will miss being able to be with my brothers on the field every day.” Next year, he plans to study business at Virginia Tech.

Zach Harriman played as an attacker on Varsity since sophomore year. He’s proud of the team for never losing to their rival, Cosby. Next year, he will attend the University of Tennessee. He shares, “I will miss the game itself and all it has given me.”

Paul Miller played three years on Varsity on both attack and midfield. His favorite memory from his time on the team was beating James River in overtime during his junior year. Miller shares, “I’m going to miss getting together with the guys for daily practices and the locker room celebrations after home wins.” Next year, Miller plans to attend Drexel University.

Michael Finfgeld competed on Varsity for two years. His teammates will miss his dedication to the sport. He plans to attend Virginia Tech in the fall.

Wes Singer played on Varsity as a midfielder since junior year. Next year, he will attend High Point University. He will miss Coach Bernard’s speeches. He shares, “My favorite memory was beating James River in overtime.”

Jacob Lucero competed on Varsity for one season. His favorite memory was competing in the indoor tournament, where the team took first place. He’ll miss playing lacrosse with his friends, as he moves on to college, and looks at the future possibility of playing club lacrosse.

Brian Risk competed on close defense on Varsity since his junior year. His favorite memory from his time on the team was “playing Varsity last year and making it to the playoffs.” Risk will miss the teamwork and chemistry his team had, especially when games got challenging. Next year, he will study at Radford University.

Oz Potter served as the Varsity goalie since freshman year. His favorite memory was “the overtime win against James River, where Paul Miller scored the game winning goal.” He explains, “I’ll miss all the friends I’ve made over the past four years and all of the fun memories I’ve had being a part of this team” Next year, Potter will play at Randolph-Macon and plans to get his BSN degree.