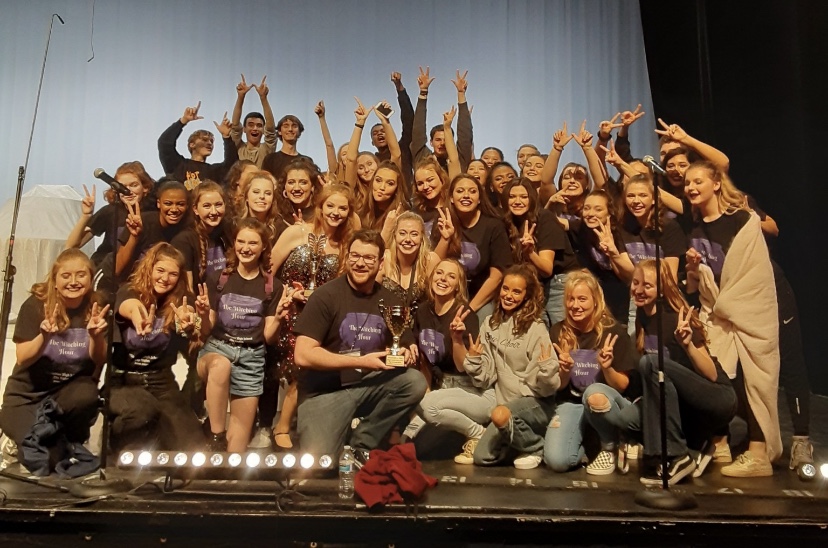 On Friday, March 6, and Saturday, March 7, 2020, the Midlo Show Choir groups participated in the 31st Annual Koste Classic at Manchester High School. These two groups have vigorously prepared since August of 2019 for this long-awaited performance. Each and every performer, crew member, band member, and director continuously worked to improve from their first competition performance, and that hard and diligent work paid off at the recent competition.

City Lights, Midlo’s all-female show choir, won Best Costumes and placed Second in the Tier One Division against competitive schools, including: Clover Hill, James River, Cosby, and Thomas Dale. Senior Brooke Ward won the Showmanship Award for her choral group, City Lights. In addition, Just For Show, the mixed show choir at Midlo, did not place; however, the group performed with a ton of energy and plan to come back next year stronger than ever. Sophomore Lauren Schmidt and junior Charlie Van Den Oord won the Showmanship Award for Just For Show. “I love performing for others and getting to entertain them. Atlee’s show choir was sitting right by the stage, and I loved getting to interact with them throughout the show; it was so fun,” shares junior Nicole Dudley.