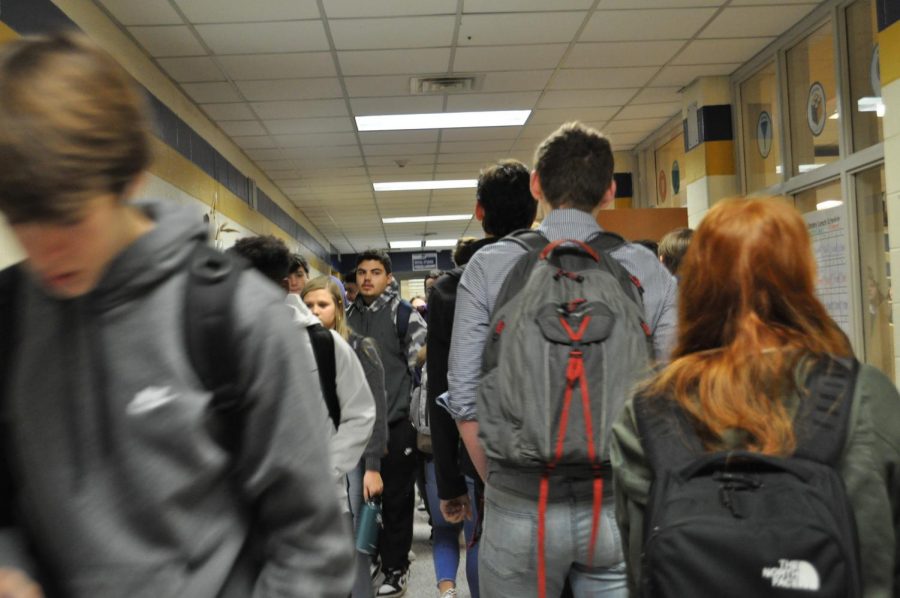 As the Midlothian community continues to grow, students and teachers alike recognize the obstacle of navigating Midlo’s overcrowded hallways. Students who experience multiple traffic jams on the way to class have tried to find alternate, less traveled, routes to avoid being tardy to class. The crowded hallways also make travel difficult for “floating” teachers who do not have their own classrooms and must navigate the hallways to reach their next classroom before students arrive. Teachers remain vigilant by standing at their doorways between classes to maintain order in the hallways.

One possible solution is to turn the major hallways of the school into a one-way system, which, according to Midlo Principal Dr. Shawn Abel, would turn the science hallway and library hallway into a large circle. Students would travel counter-clockwise and be allowed to cut through the hallways connecting these two. The history hallway connecting to both the science and library hallways would remain as is. The math, social studies, business, and CTE hallways leading away from the Open Commons would also become a circle, with students traveling counter-clockwise and using the connecting hallways as needed. The Open Commons would become a large roundabout, again, with students traveling counter-clockwise. The English, world language, science mini-halls, drama, and bus loop halls will remain two-way hallways.

Dr. Abel remarks, “Students would be allowed to go against the flow of traffic if the student does not pass another perpendicular hallway before reaching their destination. The goal [of the system] is not to inconvenience students, but to make the hallways easier and safer for everyone.” This system effectively turns the school into an L shape with traffic moving along the border of the L. This would allow the overwhelming traffic to continuously flow, hopefully cutting down the number of traffic jams and improving student safety.