Hamilton cast did not throw away their shot 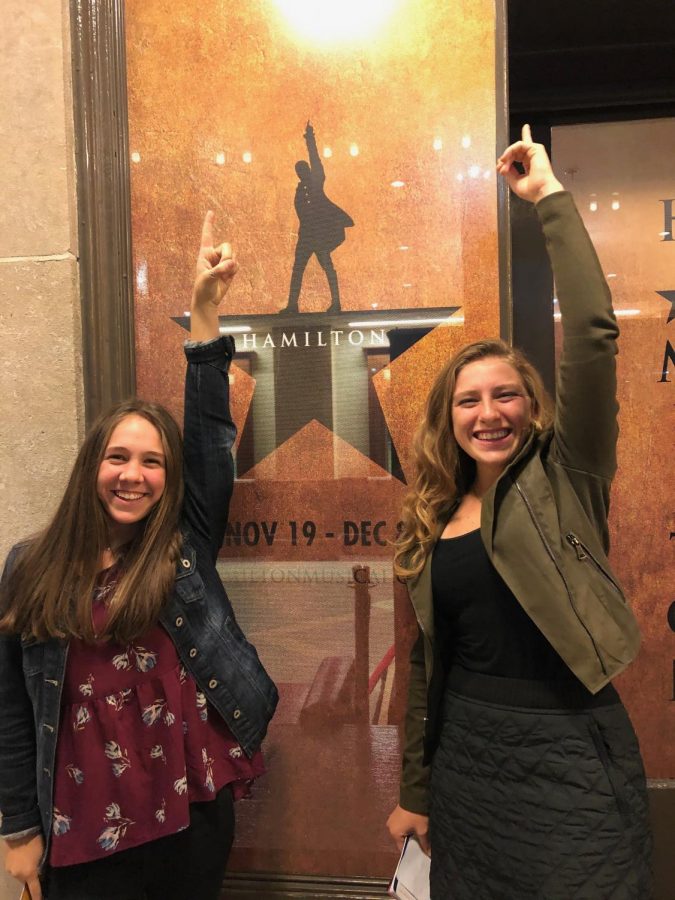 Since November 19, 2019,  the famous Broadway musical Hamilton has blown away Richmond area theater-lovers at the Altria Theater. Written in 2015 by Lin- Manuel Miranda through inspiration from Ron Chernow’s biography,  Alexander Hamilton, this musical has made its mark across the country. In August of 2015, Hamilton made its debut at the Richard Rodgers Theater on Broadway. The musical was nominated for a record breaking 16 Tony’s and won 11 of those, including “Best Musical” in 2016. In September of 2016, the musical listened to the cry of people in the United States and expanded its roots, opening in Chicago. Following its presence in Chicago, the musical ran internationally via three national tours, reaching destinations including London and Puerto Rico.

The play tells the story of one of America’s founding fathers in an extremely unique way. Miranda adapted a rap style of music  in order to bring U.S. history to life. The two hour and forty-five minute musical tells Alexander Hamilton’s story from the minute he came to America from the Caribbean to when his first friend, Aaron Burr, became his enemy and eventually shot him. History is not the only thing the musical covers; it features a romantic story line, which educates the audience about how he met his wife, as well as the scandal that occurred as a result.

On its third national tour, Hamilton runs through December 8, 2019, at Richmond’s Altria Theater. Tickets range from $75-$399 with a daily raffle of forty tickets priced at $10. While at the show, many guests enjoyed drinks and Duck Donuts, but the Hamilton souvenir line drew many theatergoers, hopeful to leave with a piece of Hamilton to remember the iconic experience.