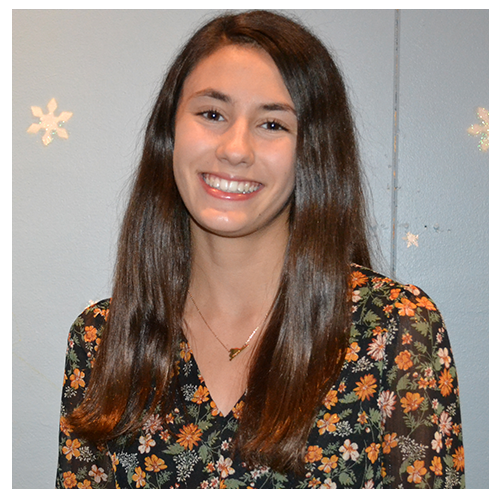 Vote for junior Katherine Krievs as she runs for the 2020 Snow Queen Scholarship.

Each year, the Children’s Museum of Richmond awards a $1,000 college scholarship to a high school junior who embodies the characteristics of Legendary Santa’s Snow Queen, one who demonstrates leadership in her everyday life. Hopeful participants went through an application process, and the committee selected them based on an application, consisting of three essays and an interview.

Midlo junior Katherine Krievs is a finalist for the scholarship, alongside two other students from the Richmond area. Krievs demonstrates leadership in her everyday life. She serves as a leader at Midlothian High School as an editor for the Midlo Scoop and runs on the Midlo Cross Country and Track and Field teams. Along with her involvement in various clubs at Midlo, she founded the SpeakUp Club, which promotes positivity in the community. Krievs also regularly gives back to the community through volunteer work at St. Francis Hospital, where she prepares for her future as a medical professional.

Krievs explains why she hopes to win the title of Snow Queen, stating, “I really want to make a positive impact on the community by inspiring children, and becoming the Snow Queen would give me the opportunity to do so.” The finalist with the most votes by December 24 will be crowned Snow Queen, and the Coronation of 2020 Scholarship Snow Queen will take place at the Snow Days Festival on January 11, 2020. The winner will also receive the privilege of an appearance in the Richmond Christmas Parade. Click here to vote for Krievs daily through December 24. The site offers more information on her life and role as a leader in Midlothian.