Winter sports gear up for a new season 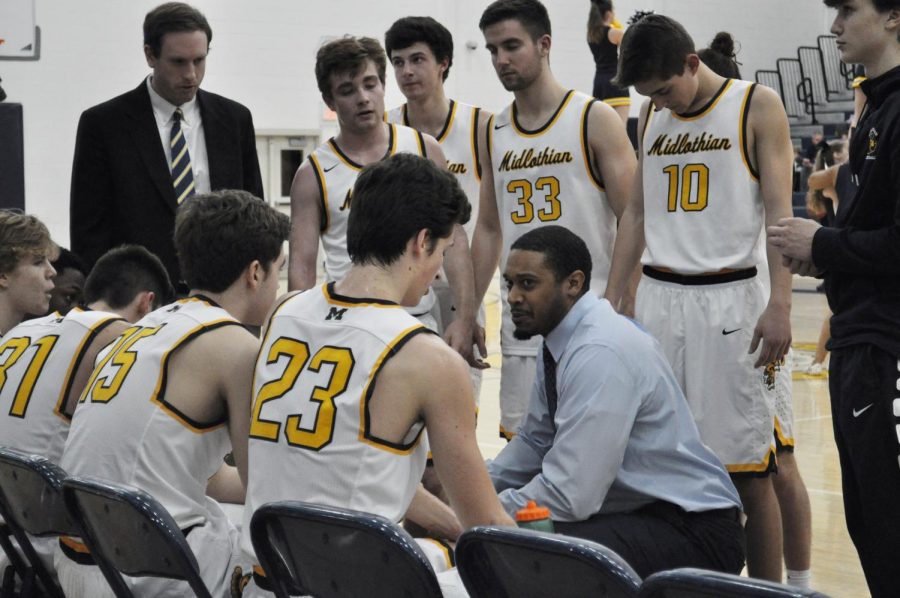 Midlothian boys basketball sets their sights on States in the 2019-2020 season.

Boys Basketball: This year, Coach Jarhon Giddings enters his second year as head coach of the Midlothian Boys Varsity Basketball team and hopes to lead the Trojans to a successful season.  After the tough loss of seniors Will Pomeroy, Mason Schlensker, Henry Davis, Neil Richburg, Matthew Kotait, and Bekim Gjoligu, returning starters, such as, Thomas Rose, Carter Lovasz, and Aiden Marsili, will lead the team this year. Also, new players, such as Kameron Olds, hope to make their mark on the Trojans Basketball program. Lovasz states, “The ultimate goal is States, but I’m looking forward to a fun and exciting season.“

Girls Basketball: Under the leadership of Coach Adam Layton, the Midlothian Girls Varsity Basketball team looks to bounce back after a tough 2018-2019 season. With the loss of senior Jessica Dziedzic, the Trojans will turn to leaders Katie Gaeth and Abbie Campbell to bring the Lady Trojans to victory. Coach Layton will expect upperclassmen Jenna Shadders, Maddie Fath, and Katrina Kirby to encourage the underclassmen to better the program. Head Coach Layton exclaims, “I am excited about our team and the speed I think we’ll play at, and this year will be a fun and exciting season.”

Swim: Under the direction of Head Coach Gene Bryson, Midlo swim gears up for a new season. After losing key seniors, Sam Mckey and April Ky, the team will count on talented swimmers, Joseph Hecht, Abigail Van Eerdeen, and Hunter Krebs. Squad Leader Grace Haring expresses her goal for the season, stating, “I hope that we can beat Cosby.” On Tuesday, December 3, 2019, they will face Manchester, Monacan, and Thomas Dale at Swim RVA for the first meet of the season.

Wrestling: Under the leadership of Head Coach Burks and assistants Coach Painter and Coach Gregory, Midlo Wrestling started practices on Monday, November 11. Midlo offers a strong team this season, with the returning captains: Robbie Painter, John Bolstad, and Anthony Schwartz. These players look to lead the team this season after sending multiple athletes to States last year, with Bolstad placing second in his weight class. They hope to have an equally successful season this winter. Their first match will take place on December 11, 2019, against the Cosby Titans.