The Lighthouse investigates the mania of isolation and psychological warfare 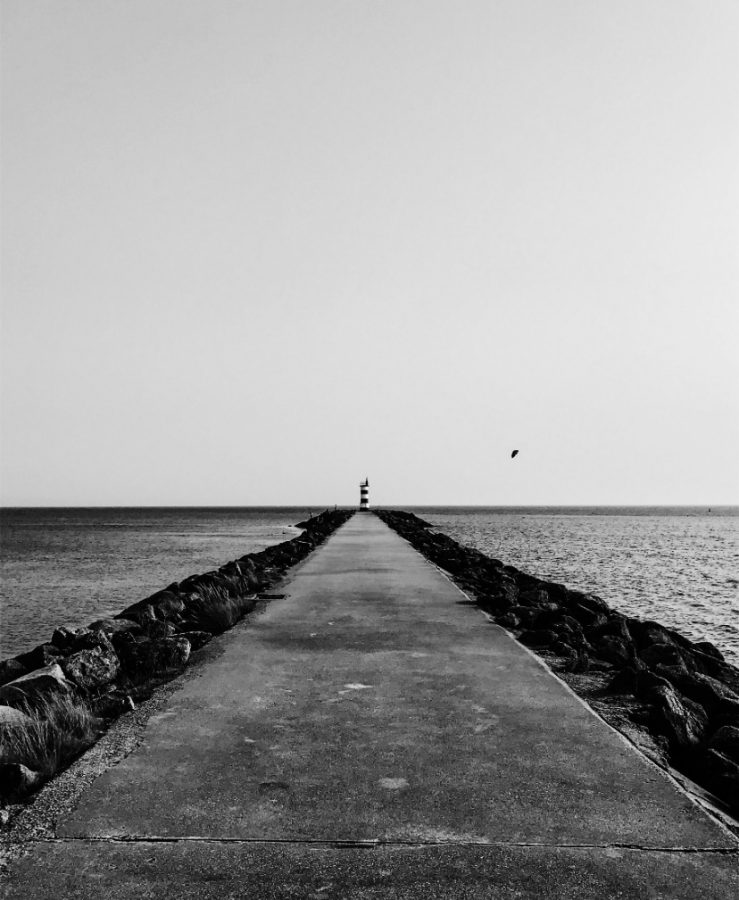 Through discussion buzz of potential Oscar nominations for Best Actor, Cinematography, Sound Design, and Best Supporting Actor, Robert Eggers’ sophomore film, The Lighthouse, has etched an impressionable mark onto the mind’s of both critics and A24 fans.

The film categorizes itself as a psychological thriller, but with hints of horror, unsettling comedy, and Shakespearean drama, the interpretative theme seems to shift with each new viewing and reviewer. With its 32-day shoot that took place in the southernmost part of Nova Scotia, the real isolation and apocalyptic elements set the stage for a dynamic power struggle between two lighthouse keepers (Willem Dafoe and Robert Pattinson) who take over a desolate post sometime in the 1890s. Eggers choice to shoot in such a punishing location, opposed to a green screened backdrop in LA, helped to manifest and deepen the experience of the raw, gritty, and remote undertones for actors Dafoe and Pattinson. Immersion plays an integral part of the film’s direction to match the sense of gradual hypnotic limbo the character’s experience, and with the heavy dialectical monologues, sailor lingo, black and white 35mm film stock, and boxy 1.19:1 aspect ratio (appearing almost as a silent film born of early German Expressionism), The Lighthouse plunges the viewer into a consuming darkness that resembles a murky haze.

The Lighthouse unravels the two, and only, main characters progressively throughout the run time, as the viewer watches Ephriam Winslow’s (Pattinson) psyche slowly break down from the back-breaking labor, hallucinatory dreams, and tense arguments with Thomas Wake (Dafoe). A film that already floats in experimental territory from its opening scene becomes more surreal as the lighthouse workers coexist, each troubled and conflicted with their own thoughts of the other and of the island itself. By incorporating what truly occurs throughout the narrative and what fabricates solely from the minds of the two troubled men, the film gains an entirely new lens to analyze the story’s structure through, allowing the viewer to question the legitimacy of the courses of actions and events.

When asked how Eggers gained inspiration for the story, he owes the narrative to a true event that happened in the 1800s of two wickies stranded in a lighthouse due to an unexplained ocean storm, “The younger man had a sordid past, and was known for being violent, and the men got into a lot of rows in the lighthouse. So I used that as well. But the ending of that true story — I just don’t know how true it is, because the end of it is like a folk tale, or something out of Edgar Allan Poe. The old guy dies of a heart attack, and the young guy’s afraid he’s going to be accused of murdering him.” More information about Eggers’ process for writing the script, scouting the location, and utilizing century old film cameras can be found here.

Through the enveloping black from shadows and the night-sky that bleed into the negative space the constrained aspect ratio leaves behind, and the subsequent whites that cast in the day-lit sky, blinding Fresnel lens of the light source in the tower, and the pale chipped paint from the lighthouse itself, the consistent contrast between the two values showcase the differing physical and psychological principles of the film.

When asked why Dafoe joined the project, he says, “I read the script and was chilled by the very concept of it, this is the kind of movie to get under the skin of the moviegoer and not leave the mind afterwards. It was an opportunity to explore the dark parts of the human psyche and analyze the tragedies an individual can experience when subjected to such mysterious endeavors. The sheer passion and drive Eggers had about bringing this story to life, I had to be a part of it.” Take a deeper look into the interview here.

Whether it’s through the unique film compositions, ambiguous scenery, or psychologically provoking plot, Robert Eggers’ new project has many critics wanting to return for another viewing. The Lighthouse is in theatres everywhere now.