Grace Bolstad takes down the competition, along with gender stereotypes 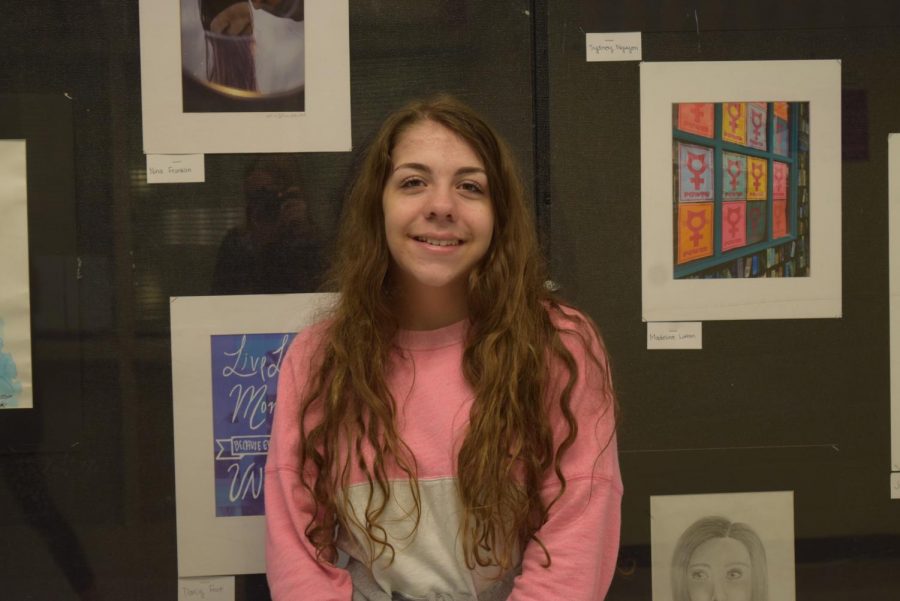 Grace Bolstad joins the Midlo Wrestling team as its only female.

Freshman Grace Bolstad’s fascination with wrestling began with watching her older brother, John, wrestle. Watching him put his all into the sport caused her to wish to experience the same feeling of dedication. The wrestling community is small, but very tight-knit; many of the wrestlers know each other through clubs and tournaments. Bolstad reflected that while people accept girls’ participation in wrestling more now, women still face many gender-related obstacles.

The lack of females in wrestling clubs has provided a large obstacle for Bolstad to overcome. In her latest club, she was the only female on the team until the last month that Bolstad wrestled there. Virginia has one of the smallest number of female wrestlers in the United States, furthering Bolstad’s struggle, and the lack of women on teams and in clubs makes it harder for Bolstad to practice for competitions. However, Bolstad has concluded that wrestling the boys actually helps her because since they are usually stronger, the practice strengthens her technique and strategy.

Do you still face obstacles?

“It’s a lot of gender stuff. People say things like, “Oh you wrestle boys, how close do you have to get?”” but it’s not anything weird. When I wrestle a boy, I’m trying to best him, and he’s trying to best me.”

What is your weight class?

Would you encourage other ladies to wrestle? What is your pitch?

“I would, because it really teaches you how to push through things that are difficult. It teaches us how to hold our heads up, even when we are literally getting beat up.”

What is your primary goal for this season?

“My goal this season is to just do the best I possibly can and prove my place on the team.”

What other sports or activities interest you?

“Singing is the main thing I do outside of wrestling. I’m in Midlo’s chorus, and I perform with them.”

Tell us one thing that many people at school might not know about you?

“I’m an open book. I don’t really have secrets.”

What is your proudest moment?

“When I realized I can actually win. At first I thought, ‘I’m just a beginner. I can’t do anything.’ Then, I realized I wasn’t a beginner anymore, which gave me the confidence I needed to achieve my goals.”