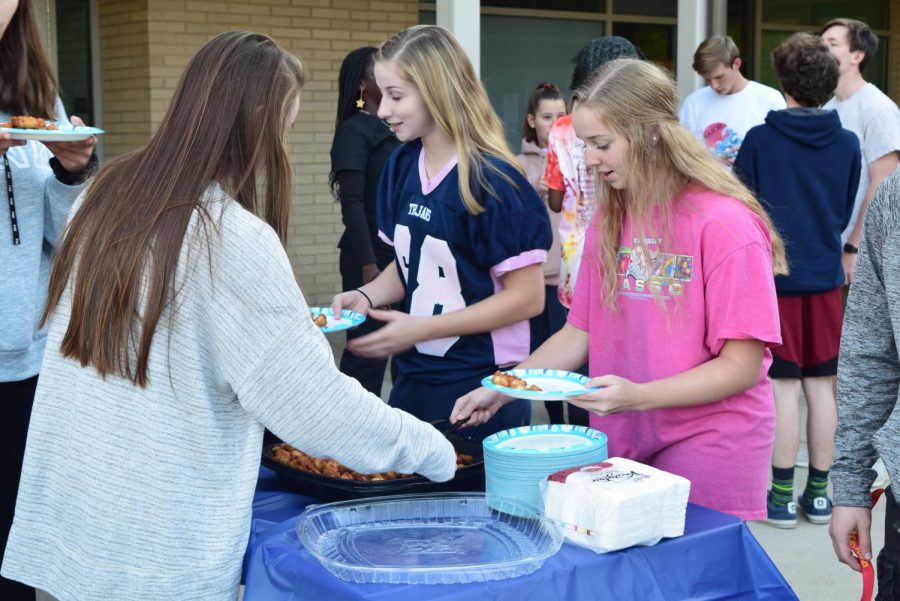 Seniors embraced the fall weather, enjoying each other’s company during the last fleeting moments of football season by participating in spikeball and touch-football. Senior class sponsor Ms. Elizabeth Boese welcomed students with music and platters full of Chick-fil-a nuggets, preparing students for the intense game against the Manchester Lancers. Senior Class Treasurer Sarah Aud exclaims, “I had a lot of fun, but next year I recommend choosing a date when it is warm!”

As the night came to a close, the senior class, donning all pink, ventured over to F.W. Poates stadium to cheer on their fellow Trojans. Senior council member Olivia Ibanez states, “The food was really good, and I had a lot of fun.” As the game kicked off, Midlothian rallied behind the Trojan bench, giving the team energy and fire, as they faced the defending State Champion Lancers. At halftime, the Trojans impressively stopped the attacking Lancer offense, keeping the score at a close 14-0. As the second half began, the Trojans came out with a bang, earning a touchdown followed by a two-point conversion, bringing the score to 14-8 in favor of the Lancers. Although the Trojans eventually fell to Manchester 35-8, the tailgate provided a sense of camaraderie among the senior class while cheering on Midlothian football.