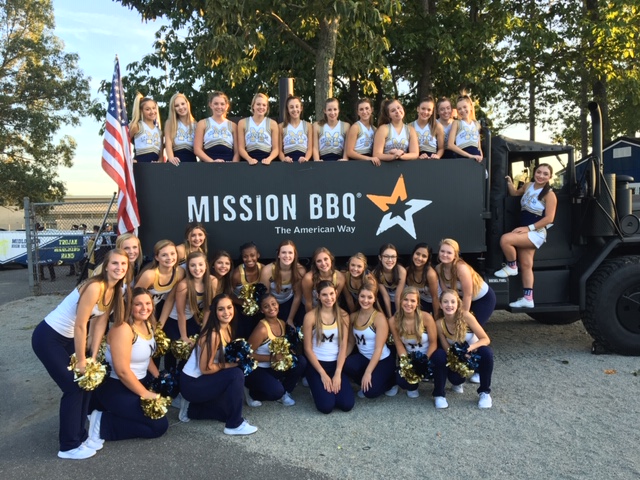 On Friday, September 20, 2019, the Midlothian Trojan Football team hosted against the rival  Powhatan Indians.  Throughout the school day, the Trojan Marching Band, Cheerleaders, and Trojanettes led the football team through the hallway, while they performed for the whole school, in an attempt to excite the students for the upcoming game.

The first quarter proved a setback for the Trojans, as the starting quarterback, Christian Chambers, injured his ankle within the first few minutes.  Junior quarterback, Braden Berger, took on the challenge to step up to lead the Trojan offense. Throughout the rest of the game, the Trojan defense played as a strong unit, not allowing the attack-minded Indians to break through.  However, after a miscommunication among the offense, the Indians picked up a safety, awarding them two points and the ball. As the clock ticked down, the Indians were still ahead. The final whistle blew as the Trojans fell to Powhatan by a score of 2 to nothing.

At halftime, the Cheer and Dance teams escorted military veterans onto the track to honor and thank them for their years of service. As each walked along the track, their branch’s song played throughout the stadium. Once all veterans stood on the track, the enthusiastic and patriotic student section broke out into a “USA” cheer.  Sophomore manager, Cohen Steele, explains, “[I] wish the game had more offense and that [we] had won, but we will get our groove back against Bird.” The Trojans play next on Friday, September 27, 2019, away at the L.C. Bird Skyhawks.