Midlothian High remembers those who perished on 9/11 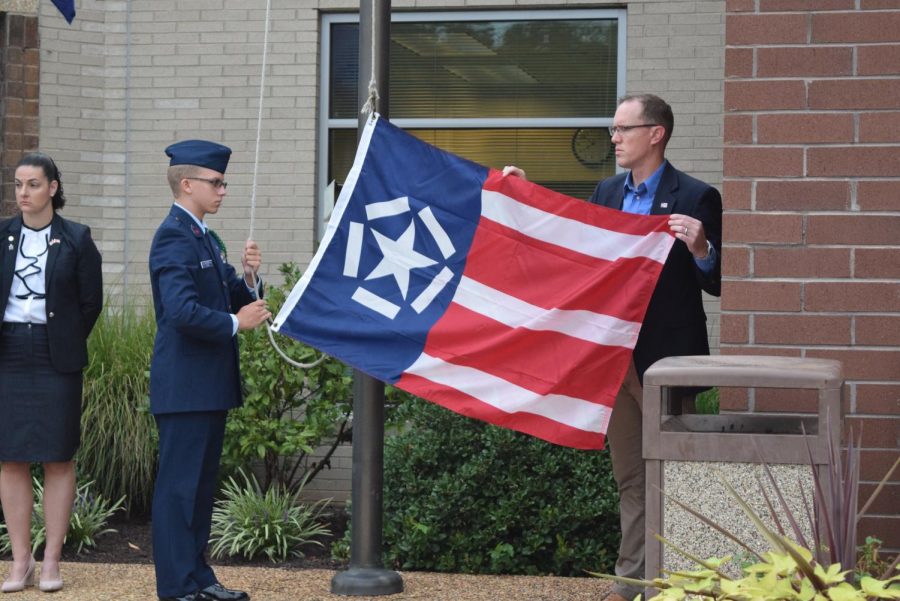 Closing the ceremony, Riley shared an emotional speech about his longtime friend, Douglas D. Ketcham, a Class of 1992 Midlo alum, who lost his life in the 9/11 attacks while working on the 103 floor in Tower One. Riley, also a Midlo alum, brought with him a segment of the beam of the 93rd floor that held up the first tower after it was hit at 8:45 am until 9:59 am, when it collapsed. He then presented Dr. Abel with a banner that includes the names of those who lost their lives in the terrorist attacks of 9/11. At the conclusion of the ceremony, Dr. Abel thanked everyone for attending and asked that they keep the events of 9/11 in their thoughts for the day. The entire school later observed a moment of silence in remembrance.