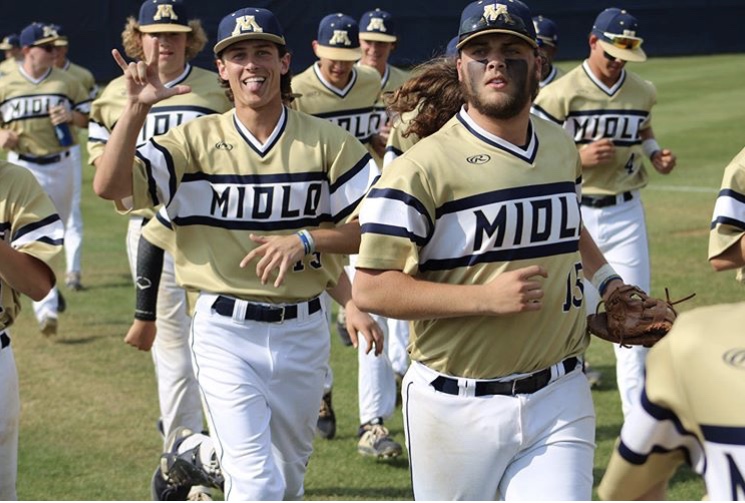 The Trojan Baseball Team won Semifinals in Regionals against the Dinwiddie Generals.

On Tuesday, May 28, 2019, the Midlothian Varsity Baseball defeated the Dinwiddie Generals in the Semifinals of the Regional Tournament. This victory will send the Trojans to the State Championship. Senior Logan Smith shares, “I’m excited since we haven’t been to states since 2005.” The first round will take place on Tuesday, June 4 against Lafayette.

Also on Tuesday, May 28, the boys Midlothian Varsity Lacrosse team secured their spot in the playoffs. After an intense game, they ended up losing 10-8 against Western Albemarle. This put them as Regional Runners-Up, also heading to States. On Friday, May 21, they traveled to play against EC Glass in Lynchburg. After losing in the State Semifinals in the 2018 season, they hoped to prove victorious at States this year, but unfortunately suffered a tough loss. Despite this loss, they had a prosperous season, with a record of 16-3.

The Midlo Varsity Girls Soccer came out on top in their Regional game against the Monacan Chiefs. A penalty kick by Logan Georgel gave the Trojans an advantage. Sophomore Nina Franklin states, “It feels really good because we didn’t beat Monocan during regular season. We’re hoping to play as a team and take the State Title.” The Lady Trojans will battle Great Bridge High School on Tuesday, June 4.

To read about Midlo Track’s road to States, click here.