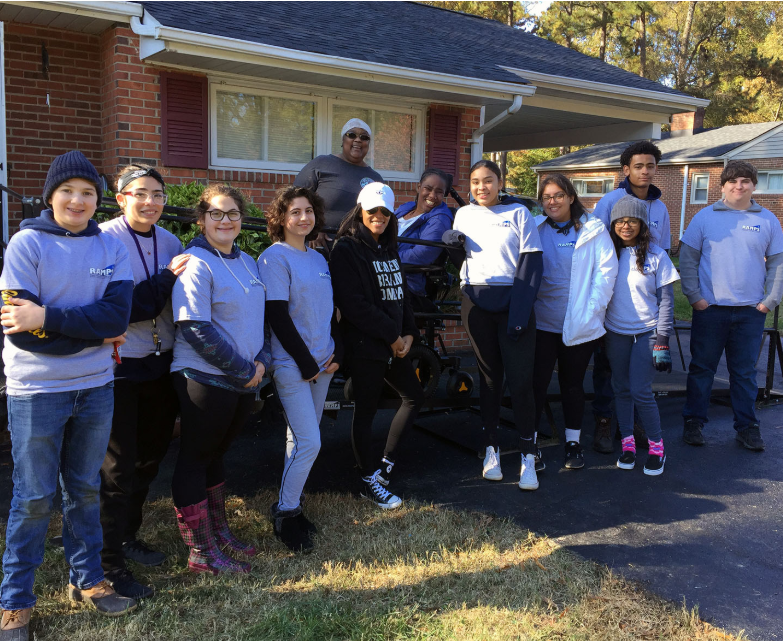 Midlo’s RAMPS Club, a student-run volunteer organization, consistently makes a big difference for Richmond community members with disabilities and illnesses. Each year at the awakening of spring, RAMPS hosts Digging 4 Dollars to raise funds so the group can assemble ramps that will allow safe wheelchair access to homes of disabled residents in the Richmond area. RAMPS plans to build its second ramp of the 2018-2019 school year on May 5, 2019. In order to meet this goal, RAMPS needs help from the Midlo students and community, in order to, in turn, benefit the lives of Richmond residents with ramp access needs.

RAMPS officers rescheduled Digging 4 Dollars for Monday, April 22nd, continuing through Friday, April 26th. Students are encouraged to bring any loose change they have to their first period classes. The money collected from this fundraiser will finance ramps supplies. The first period class that brings in the most money will receive a breakfast of their choice from Panera Bread or Dunkin Donuts.

RAMPS established a goal to reach $2,000 by the end of the school year, enough to build two more ramps before the end of the year. So far, with other fundraisers, such as the Laser Quest event in February, as well as letter grants, the Midlothian RAMPS club has collected over $200. Last year, RAMPS raised several hundred dollars with the Digging 4 Dollars fundraiser. Giving others the chance to have a better life and initiating an impact on the Richmond community is worth giving up spare change. Don’t forget to bring in money to your first period through the week of March 11th – March 15th, and encourage your class to support the fund as well.