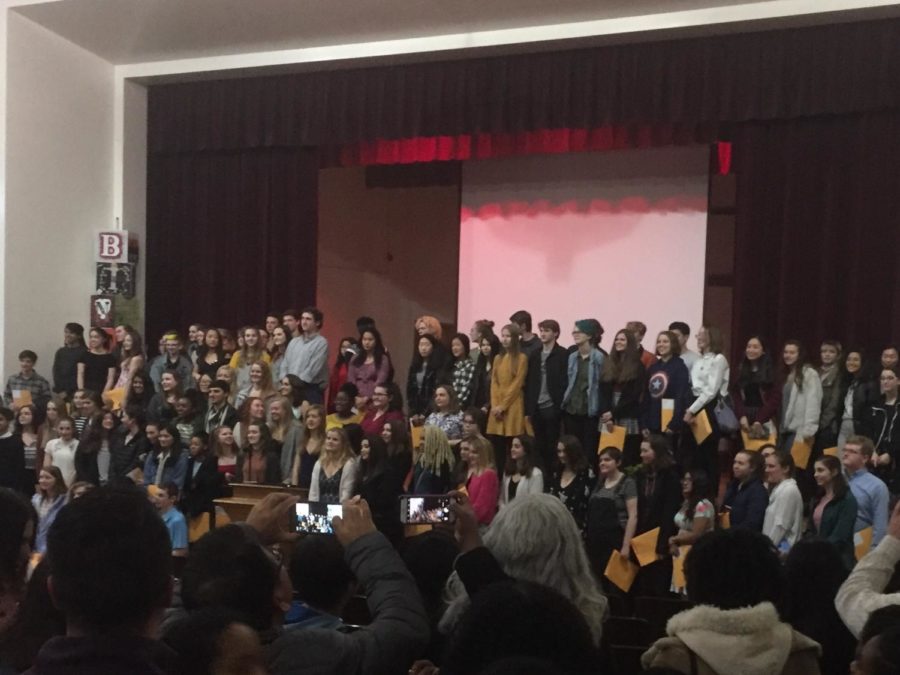 The Scholastic Gold Key recipients of the Richmond District receive recognition for their art and writing.

On Saturday, February 23, 2019, young artists and writers from around the region received recognition for their esteemed work. The Visual Art Center of Richmond teamed up with Scholastic Art & Writing Awards to present high achieving students in the Richmond area with recognition and honor. Within Midlothian High School’s Visual Arts Department alone, an abundance of students stand out with their talent to express themselves through media. The National Scholastic Awards honor these students who dedicate time to perfecting their work. Art students submitted their finest pieces to Scholastic in December, and after careful judging by professional art critics, Midlothian students received the highest number of reward recipients in the county, receiving a grand total of 64 Art and Writing awards. Among these awards, 38 received Gold or Silver Keys, bestowing the students national recognition for their talent.

A reception for all key award winners took place from 1-4 pm on February 23rd at the Visual Arts Center, honoring their work and encouraging them to view the work of their peers throughout the exhibit. A special Gold Key ceremony was held at 2 pm on February 23rd at Binford Middle School. Upon entering this exclusive function, all Richmond key holding students obtained a packet containing their certificates and awards, took a seat in a section reserved for gold winners, and waited for the ceremony to open.

Tesni Stephen, Education Manager at the Visual Arts Center, began by welcoming all guests and congratulating all award winners. She then handed off the mic to Minnie Zhang, a tenth grader at J.R. Tucker High School, who read her Gold Key winning poem titled “Yellow” to the audience, demonstrating a voice behind the art and writing that won awards at the regional level. After receive applause for her piece, Zhang stepped down, and Ms. Stephen gave a brief speech about the history of Scholastic Art and Writing Awards. She then began calling up students, row by row, to share their talents with the audience and then grant them a Gold Key. Congratulations to the following Midlo students who received Gold Keys:

197 students received gold keys at the regional level. After awarding each regional winner, Ms. Stephen went on to congratulate Richmond’s five nominees of the national American Visions award, and the five nominees for the national American Voices award. Following these honors, she presented the Visual Art Center of Richmond Award for Artistic Merit. Only two pieces from the entire region received this prestigious award, including Midlothian senior Tess Wlader’s mixed media piece, “Breeder.”

The Visual Arts Center of Richmond opened the exhibit of esteemed, key holding work to the public for two week. This exhibit opened on February 16th, and will remain open for public viewing until March 2nd at 3 pm. All Gold and Silver Key pieces are on display around the exhibit, while honorable mention pieces will project in a video loop on a screen during the entirety of the exhibit.