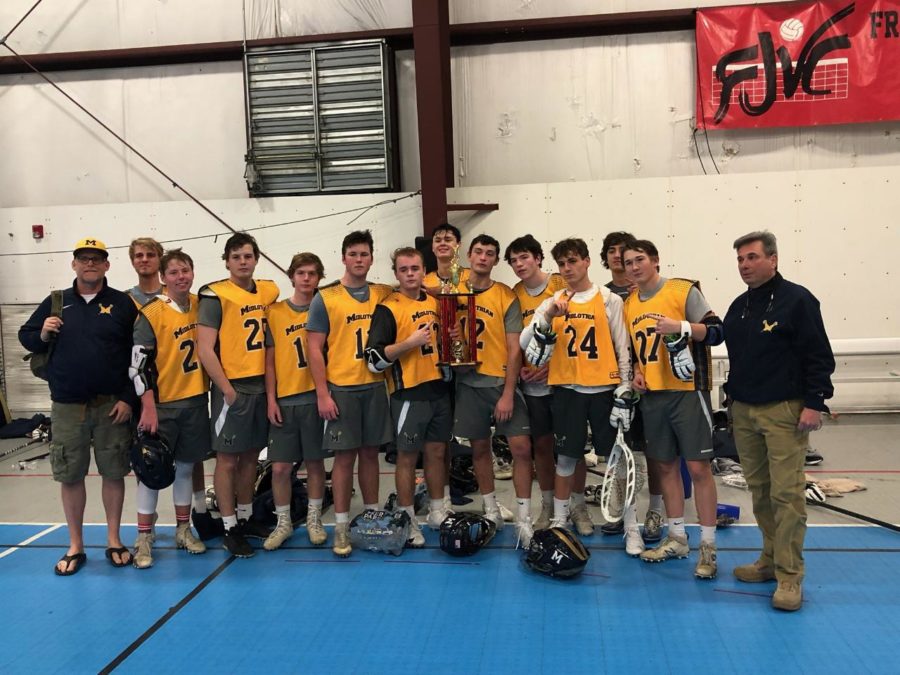 In order to stay in shape, athletes work out year-round, often competing on travel teams or club squads. Leading up to lacrosse tryouts, several Midlo lacrosse players joined forces to compete on January 21, 2019, in the MLK High School Lacrosse Tournament, a good way for the athletes to build team chemistry and sharpen their skills prior to the regular season.

Midlothian went undefeated, with a 6-0 record, and beat Covenant 8-5 to win the championship. The Trojans dominated against tough competition, including: Fluvanna, Stafford, Colonial Forge, Riverbend, and Covenant. After the graduation of three senior starting defensemen and the starting goalie, the new defense played incredibly cohesively and consistently, putting Midlothian’s high-powered offense in a position to win. The team’s unmatched defensive chemistry made them unstoppable, and their speedy offense out-maneuvered the defense on the other team. Throughout the game, the team’s phenomenal communication led them to play some of the best games in all of their seasons.

Junior goalie, Oz Potter, remarked, “Overall, the games weren’t that bad, but there were some teams that were more difficult than others. The games started off clean, but near the end, the teams got very physical.” Midlo’s outstanding ball movement, defense, chemistry, and communication led to some of their most competitive games. The main scorers included Bryson Miller with 47 goals and Zach Harriman with 35 goals. After the games, the Trojans walked home with a huge trophy, which displayed their potential before the start of the season. Now, the team has the confidence and skill to take on the regular season, and they are ready to dominate the competition.