Ester Choi Competes as the Only Girl on Midlo Golf Team 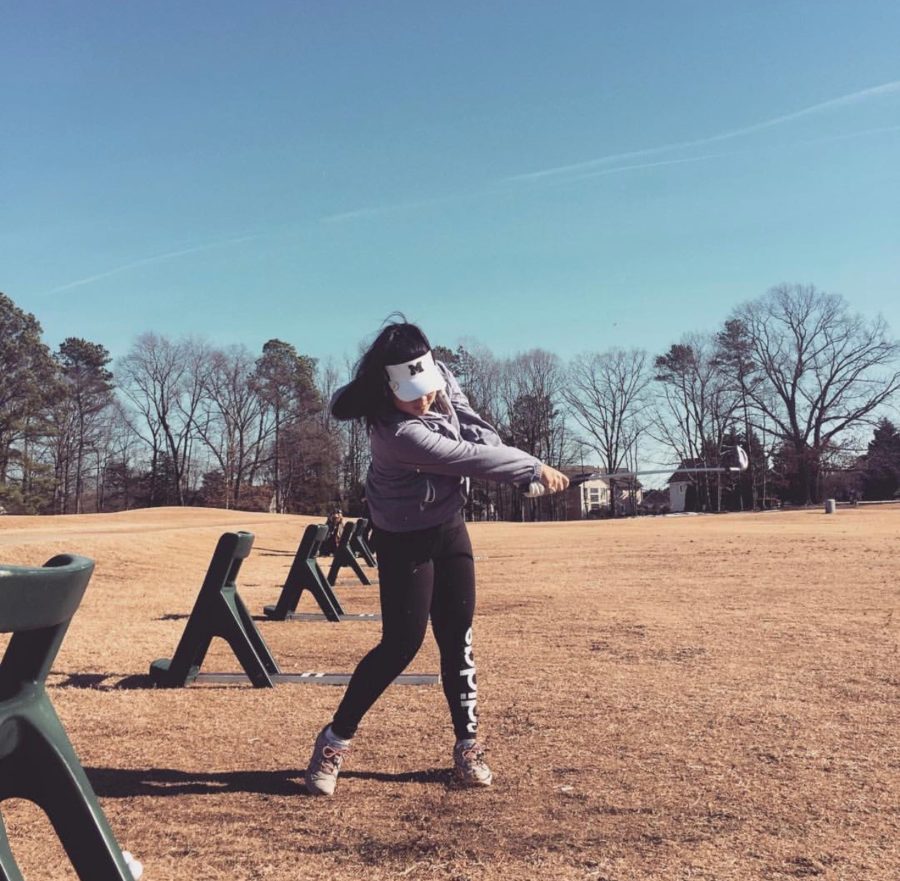 Midlothian High School’s golf program is known for its widely successful team, bringing home the title of Regional Champs for the past two years, but many do not know that among the team full of boys is one girl, sophomore Esther Choi. Choi has played on the Midlo Golf team as the only girl for two years. She continues to break boundaries, as the third seed, recently placing fourth overall at the Regional Golf Tournament.

Choi began her golf career four years ago. She started out playing tennis at a country club but saw others playing golf. This peaked her interest, and she soon took the sport on as well. She has advanced her skills in multiple clubs now, starting in Magnolia Green and then onto Birkdale. Currently, she plays with coach Rick Schuller at Stonehenge.

Choi had to work hard to obtain her third seed spot on the Midlo team. To advance to this level, she said it took “blood, sweat, and tears.” She went on to explain, “By being the only girl on the team, I feel like my expectations were a bit higher.” These expectations and her determination fueled her to secure her spot as third seed on the team. Her teammates appreciate the significant contribution that she brings to the team. Junior Ryan South recognizes that she “benefits [the] team by being a consistent scorer.” Along with the thrill of hard work, Choi enjoys spending time with her team, sharing, “This year, we got a new coach, and our team has grown close.” She also loves the comedic side of her teammates, adding, “They are really funny and fun to play golf with.”

Choi will continue to inspire girls who want to try something different and not stick to the standards. She anticipates her future in golf, hoping to play golf in college and then go pro.