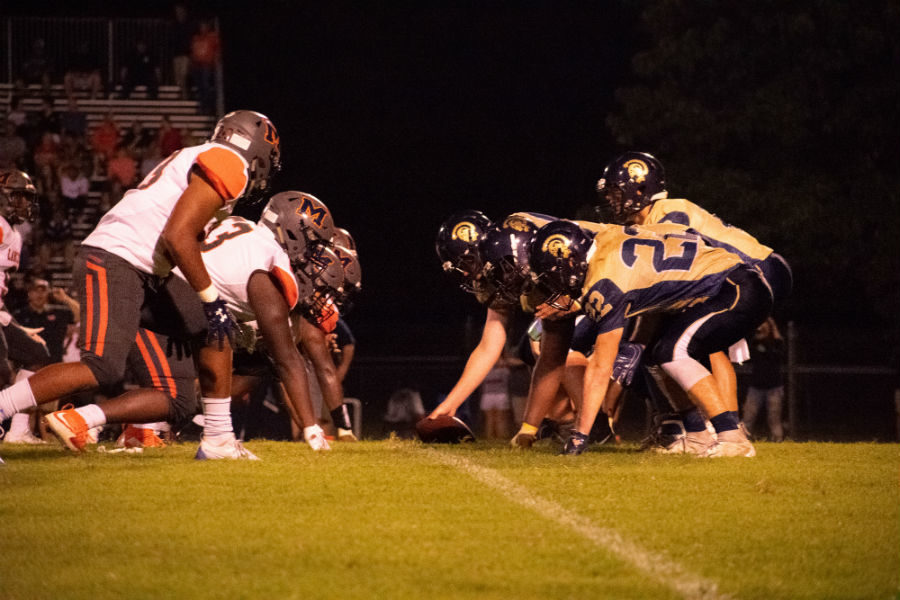 On Friday, September 21, 2018, the Trojans battled the Lancers on Veterans Appreciation Night.

On September 22, 2018, Midlothian Trojan Football fought a hard battle against the Manchester Lancers. In a display of school spirit, the Midlothian High School students donned camo or red, white, and blue to support both veterans and the people who continue to keep Americans safe today. To show Midlo’s gratitude, veterans were granted free admission to the game.

As the game kicked off, the Midlo student section grew into a sea of patriotism, as fans cheered on the Trojans. During halftime, veterans attending the game paraded onto the field, as Midlo recognized them for their service. Midlo student Ray Okeilli reflected, “It was a good way to show our patriotism and to support our country.” The band showed their appreciation as well at the halftime show, playing with their whole hearts.

As the mighty Trojans fought hard, battling against one of their toughest competitors, Midlo fans cheered in support. Coach Hutchings stated, “The crowd had very good energy that night, and Midlo played well against our rivals. I loved how much people showed support, and it was a great way to honor our veterans at the halftime walk.” Although Midlo ultimately fell to the Lancers 47-3, the Trojans fought hard to the very end.

Football player Isaiah Morton added, “I thought that the event was very appreciative and put a spotlight on those defending our country.” At the end of the night, Midlothian High students thanked every soldier and left the game with love in their hearts.