A Flag Raised for Awareness 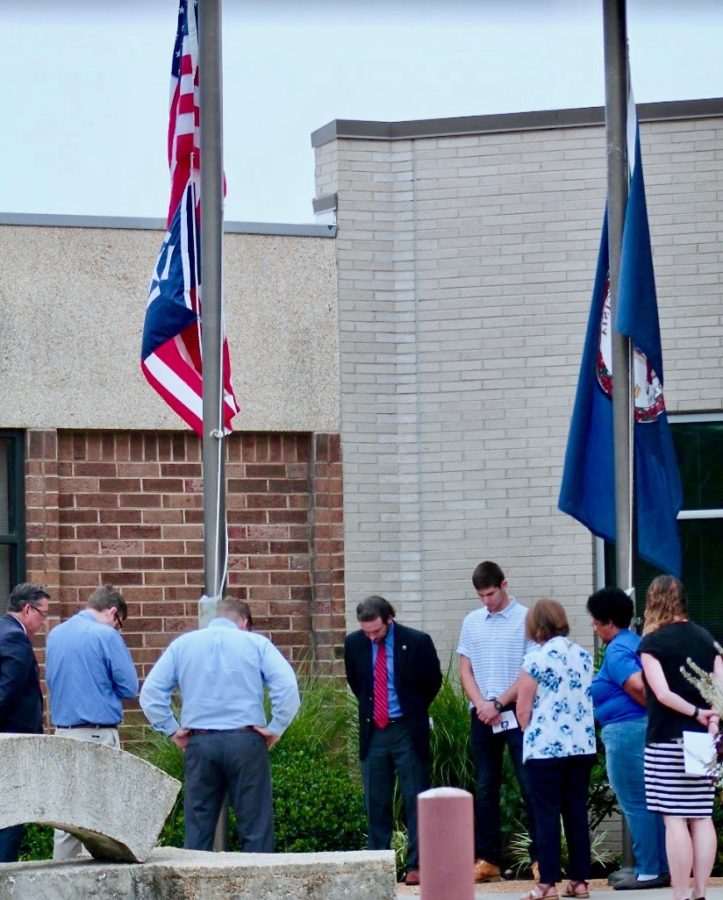 Participants observe a moment of silence for the lives lost during the 9/11 attacks.

On September 11, 2001, disaster struck at New York’s World Trade Center through a coordinated terrorist attack by an extreme terrorist group. After two U.S. airliners crashed, both towers collapsed, killing thousands of innocent civilians. Among the 2,996 civilians killed in the attack was Midlothian High School Class of 1992 student Doug Ketchum. In an effort to honor the lives lost during the attacks, including Ketchum’s, a community member approached the school and discussed ways to memorialize the event.

Assistant Principal Mr. Robert Gifford and history teacher Mr. Timothy Johnson helped establish the Freedom Flag, in recognition of freedom. Both staff members hosted a Freedom Flag Raising Ceremony on Tuesday, September 11, 2018. The ceremony was open to anyone who wanted to attend, including parents. As the flag was raised, Mr. Johnson and senior Zane Ruzicka took turns reading the different symbols on the flag. Immediately after, everyone at the ceremony observed a moment of silence to honor the lives lost in the 9/11 attacks.

Midlothian was not the only community to observe this moving memorial; in fact, a Freedom Flag raising ceremony took place at the Governor’s Mansion. The strong support for the Freedom Flag around the state inspires Mr. Gifford in “trying to build something and bring support in a positive way.” He elaborates, “My goal is to honor, support, and work with the Freedom Flag Foundation. I want to make it as respectful as possible, while bringing recognition of an important time in history.”  Midlothian High social studies teachers described how because many high school students were born after the attacks, it is important now to raise awareness for the next generation.

Students interested in learning about or supporting the Freedom Flag, may see Mr. Gifford in the main office for more information.