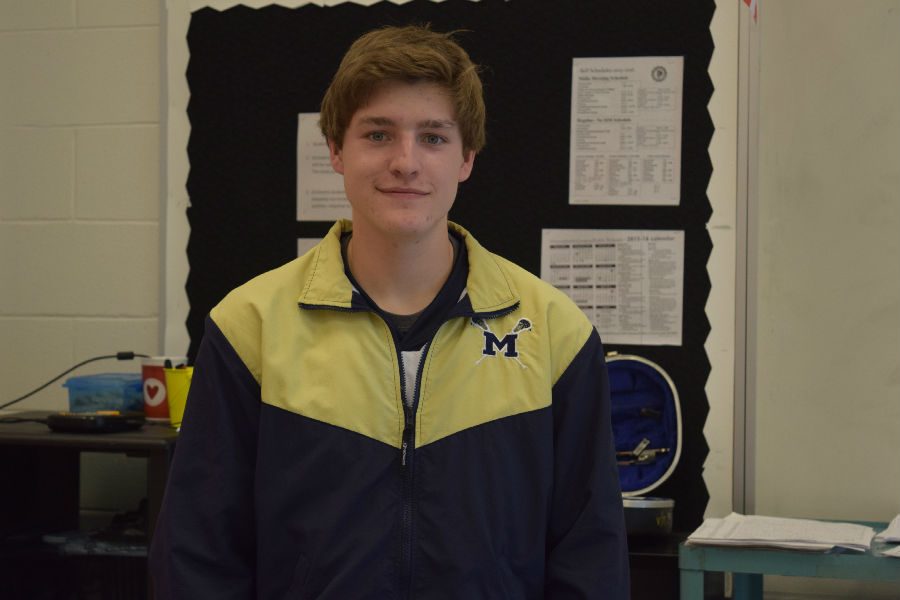 1) What inspired you to join band?

I was inspired to join band because my parents performed in band when they were younger, and my family had a long musical background, so it seemed natural that I become educated in that musical field. Also, a lot of my friends joined as well.

2) What kind of music do you like to listen to/play?

3) When you aren’t at school, what sort of hobbies do you like to do?

When I am not in school and finishing my school work for IB, I like to play in the drumline at school. I also enjoy playing Llacrosse.

4) What is favorite singer/band?

I really like music because it really speaks to me. My favorite band is Radiohead, and my favorite singer is Freddie Mercury from the band Queen.

5)  If you could visit anywhere in the world right now, where would it be?

If I could choose to be anywhere in the world, at this moment, it would be somewhere in Europe, like Germany. I had visited Bavaria, which is in Southern Germany, and it was really cool and sparked my interest.

6) How does it make you feel that you made All-Virginia Band for Percussion? Explain the experience.

I felt really good when I heard I made it. The audition process was rigorous and long, and I practiced the prepared music for a month. I made the All-Virginia Band for Percussion, so I was able to attend the event for All-Virginia Band.  In this event, I was playing with the highest caliber of musicians that I have even been with. I made many friends throughout the event. The conductor of the band previously directed the Marine band that plays for the President. I enjoyed the music we played, like the theme song to ET and many folk songs. All of these music pieces required a lot of percussion, which was interesting and engaging. Overall, the experience was life-changing.