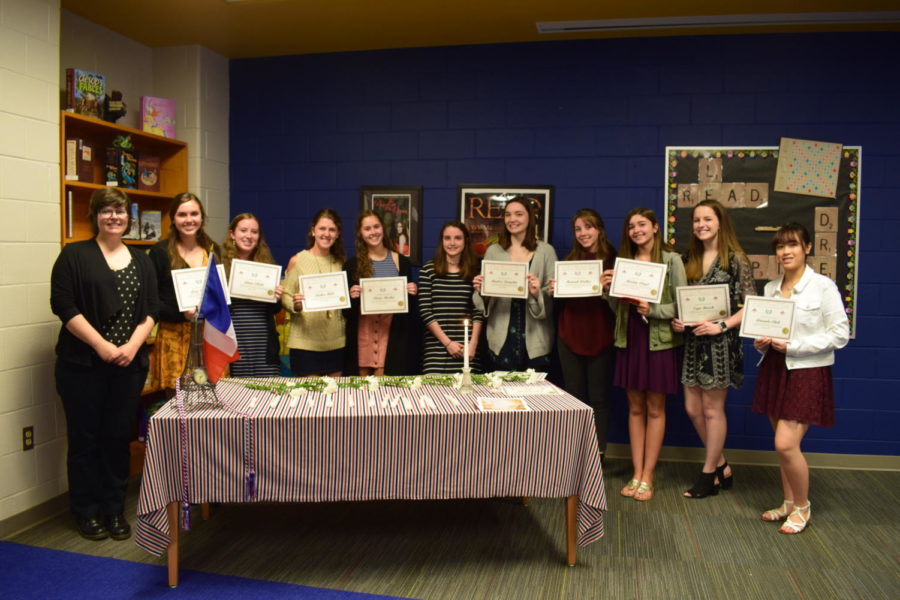 On Tuesday, April 17, 2018, the biannual induction for le Société Honoraire de Français occurred, introducing new members into the society. The induction, organized by sponsor Madame Catherine Mazzola, commenced with Madame introducing the Co-President Elena McCloy. McCloy then thanked everyone for coming and turned the program over to Joitree Alam to describe the society. Current members explained the history of SHF and presented the other members. Finally, President Evelyn Reece and McCloy presented asked each inductee to light their candle and stand in a line, repeating the phrase, “Un homme qui sait deux langues en vaut deux,”  which means, “A man who knows two languages is worth two,” the motto of SHF. Afterwards, the inductees and their family and friends enjoyed a reception. Congratulations to the new members: