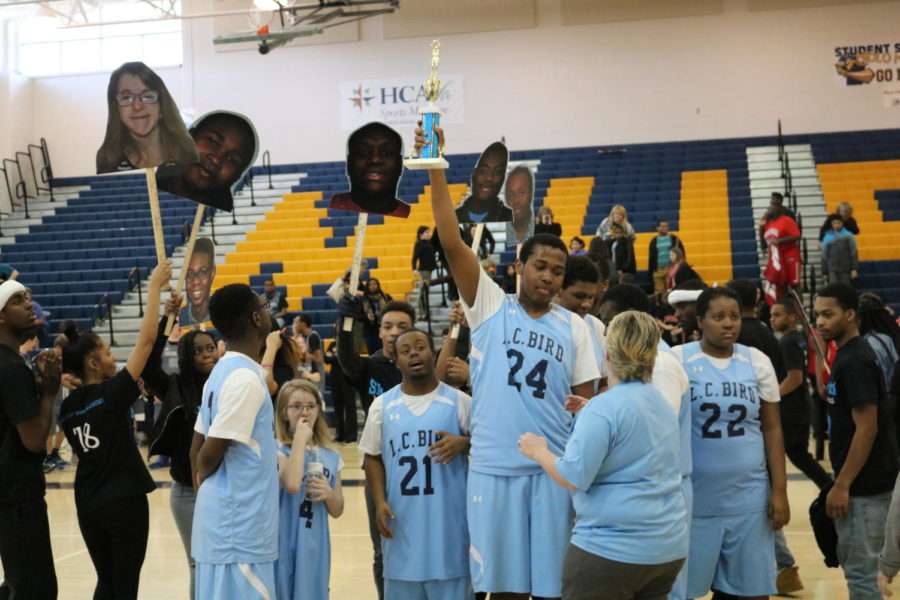 March Madness, one of the most highly anticipated sporting events of the year, began a little early in 2018, in the Midlothian High School gym. On Thursday March 15th at 9:30 am, the madness began as ten Medford league basketball teams converged on Midlothian High School for the first annual Medford Post-season Tournament. Over the span of three hours, each team faced off in one game to decide the winner of this year’s Medford Basketball League. But the push for first place was overshadowed by the amazing sportsmanship, hard work, and absolute courage of every single athlete that took the court during this heartwarming spectacle.

Up next, Midlo’s very own Trojans faced off against the lightning quick James River Rapid Fire. For many of Midlo’s amazing players, this basketball season has allowed the team to develop new friendships, especially for 19 year old Kuttrell Sheppard, who said his primary focus during games was to “try to get all my teammates as many shots as I can.” Sheppard held true to his word, racking up an insane 8 offensive rebounds, each time dishing the ball out to one of his excited teammates, particularly Josh Burkes, who happily said after the game that his favorite part about this season was “shooting lots of buckets.”

As the game progressed, it became clear that a superstar on the Midlothian side was beginning to emerge. From the opening tip off, Justice Douglass put on an all around clinic. From perimeter defense to non-stop offense, Douglass made it clear that he was leaving it all out on the court and having the time of his life doing so. Although Douglass led the way, Midlo never would have been able to pull off such an amazing 26-22 win against the Rapid Fire if it were not for the fantastic contributions from each and every member of the team. Vincent Biamonte, Will Perkins, Sarah Arthur, Stephen Patton, Tiara Criss, Miles Howard, Jordan Thompson, David Heinen, Terence Renolyds, Geoffrey Baskenville, and Liam Altizer all brought smiles to the faces of their family members, friends, and teachers watching joyfully from the stands. Congratulations to all of Midlo’s extremely courageous athletes on the Medford basketball team.

The tournament continued with Powhatan and Manchester matched up in the 5th place game. After a fantastic back and forth thriller, the Manchester Lancers defeated the Indians, taking home an impressive 5th place winner’s trophy.

Next, the Thomas Dale Knights and the Matoaca Warriors fought a physical battle, putting their bodies on the line for a chance at a podium finish. In the end, the Warriors grinded out a solid 22-18 victory.

For the final game of the afternoon, the Meadowbrook Monarchs and the LC Bird Skyhawks faced off to decide the champion of this year’s Chesterfield County Medford Basketball League. With the crowds roaring and the pressure mounting, both teams took the court in hopes of bringing home the first place trophy, but more importantly, having fun. Of course, both teams played the entire game with smiles on their faces, but when the final buzzer sounded, LC Bird was crowned our 2018 Champs. Congratulations to not only LC Bird, but each and every participant in this year’s Medford Basketball League on their awe-inspiring talent and courage.