Facing Off for a Good Cause 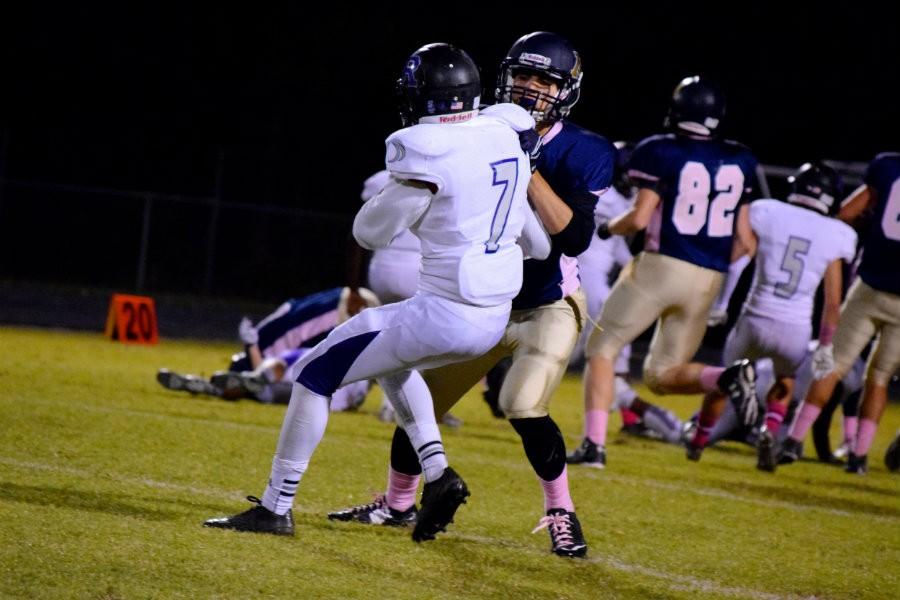 Nate Millar sets up an impressive block for his teammates.

On the night of October 16th, Midlothian and James River came together to play one of the biggest rivalry games of the season: the Coal Bowl. However, on this night, the event held an additional purpose; it served as the Pink-Out Scholarship Fundraiser. In order to raise funds, both schools sold pink Coal Bowl t-shirts, and set up donation stands around the stadium. The beneficiaries of the fundraiser are: the Rene Smoots Math Scholarship in memory of the beloved math teacher at Midlothian High School and the family of James River teacher Carrie Roarty, who have been touched by the ravages of cancer twice. Fans on both sides showed their support by wearing pink, and the event was especially timely because October is Breast Cancer Awareness Month.

In addition to a successful fundraising effort, the night featured an exciting game, during which two teams fiercely competed for the Coal Bowl Trophy. Plagued by injuries, Midlothian went into the game with a less experienced line than usual; however, quarterback Kyle Daniluk completed a pass to Nate Millar for a touchdown, and Joey Doherty helped the team by gaining good field position from kick returns. Even though the Trojans battled in a great first half, James River won 48-16, taking home the Coal Bowl trophy. Both schools, however, emerged victorious in putting aside rivalries to come together to support a wonderful cause.