March Madness: Battle of the Books 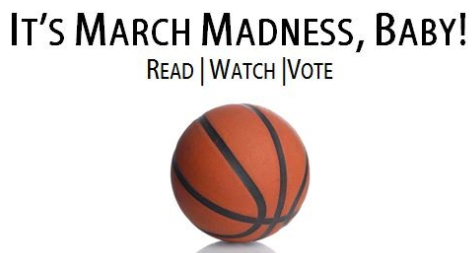 The Midlothian High School Library kicks off its very own March Madness celebration with an innovative, new twist of the typical March Madness basketball bracket. The Midlo librarians recently created a “book bracket,” which allows books to compete head-to-head in order to win the greatest title,  Midlo Book Champion. Participating students vote daily by choosing their favorite titles, based upon book summaries and book trailers. The final two winners of the competition will come from two contrasting categories: Fantasy and Reality. The fantasy section is broken down into Magic & Dragons and Science Fiction, while the reality section is broken down into Realistic Fiction and Nonfiction. The competition will take place as follows:

The playoffs will take place March 22 – March 29 and will be determined when the results of the first eight rounds are complete. The final winner will be announced on March 30th. Vote on the Midlothian High School Libguides to see your favorite choice win!