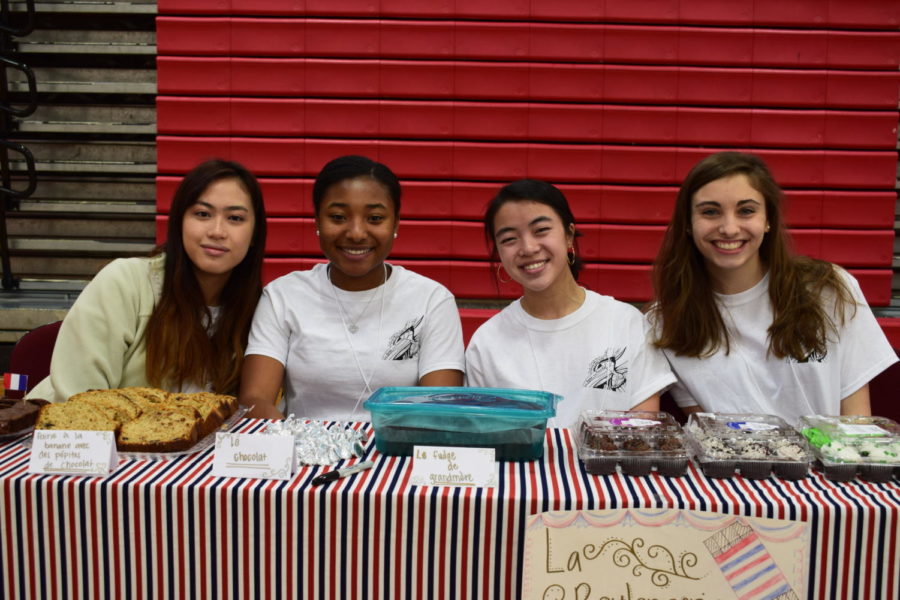 Students woke up early on Saturday, March 3, 2018, to take part in the twentieth anniversary of the French competition, otherwise known as Congrés, where French students from all levels, French 1a to French 7 compete during a fun-filled day from 9:30 am to 3:00 pm.

The day started with an opening ceremony thanking everyone for being there. Afterward, students headed to their predetermined competition rooms. Some of the competitions include: Art Reproduction, French Idol, Dicté, Que Savez-Vous, and many more.

Eventually, lunch time rolled around, and people enjoyed an array of indigenous French foods, including croissant sandwiches with a choice of filling.  Afterward, a student favorite, Marché, a traditional French market, commenced for students to buy handmade products, sold by students from each school. “I love seeing all the options Marché has to offer. My favorite thing was the chocolate I bought from Midlothian High School’s table,”  said Sherinne Zhang. Following the Marché, students attended two workshops, such as crepe making or fencing.

Finally, the closing ceremony gave credit to all the people who made Congrés possible’ the top three French Idol contestants each sang their songs; and the judges congratulated the winners of each of the competitions. The Midlothian winners included: the poster competition competitors; seniors, Nia Lloyd took second place, and Max Turkaly following closely behind in third. Senior BJ Beckwith also received the first-ever Madame Bartle and Davidson Scholarship for French.