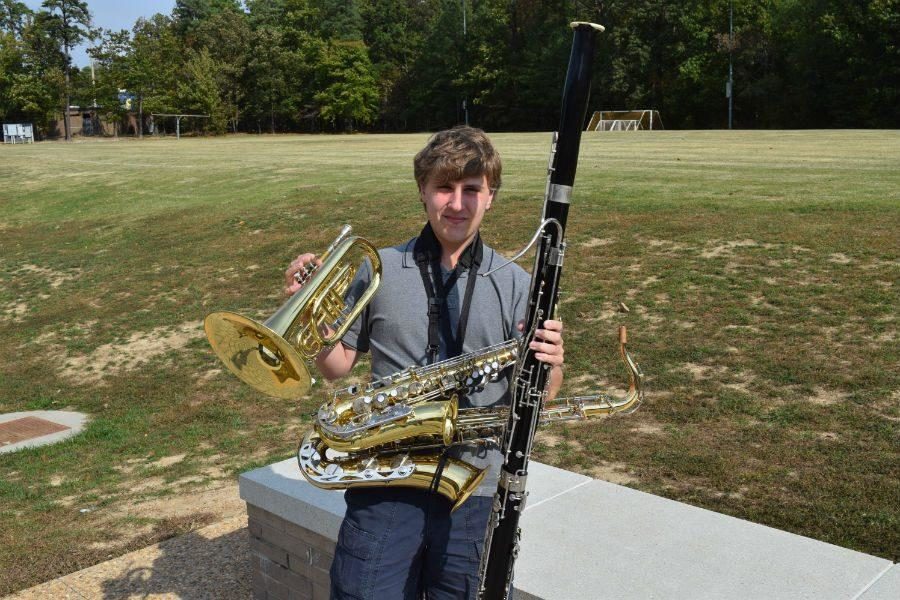 Matthew Tignor shows off his musical ability and his passion to strive for greatness.

After practicing rigorous music for such a long time, both seniors were ready for one of the hardest auditions of their lives. Tignor came in as the seventh best bassonist in the state, earning him a position in the orchestra and band ensemble at the All-Virginia event in April. Covert placed twenty-third out of all the trombonists in Virginia, earning him as an alternate position, just shy of making it into the ensemble. Congratulations to both Matthew Tignor and Paul Covert for their continued passion for music.