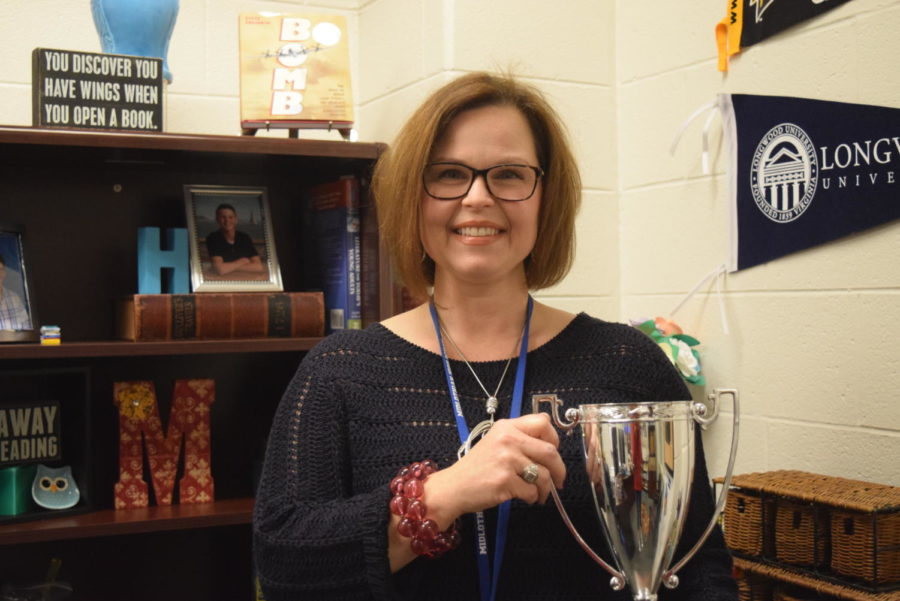 Mr. Cheatham explains, “She has done a tremendous job transforming the library” and “works with all of my English classes on a regular basis, providing fun, interactive lessons that go beyond merely checking out books.”. Additionally, Principal Shawn Abel describes Mrs. Murfee’s award as “well deserved,” because she has “brought a new level of energy and enthusiasm to the library’s atmosphere.”.

Regarding this achievement, Mrs. Murfee shares, “It is the highest compliment to be recognized by a peer teacher, for they are on the same education journey,” as well as describing this accolade as “extremely validating.” In a mere four months, Mrs. Murfee has received a tremendous amount of admiration from students, teachers, and administrators alike for her tireless work in the Midlothian High School library.