Pancakes For a Cause 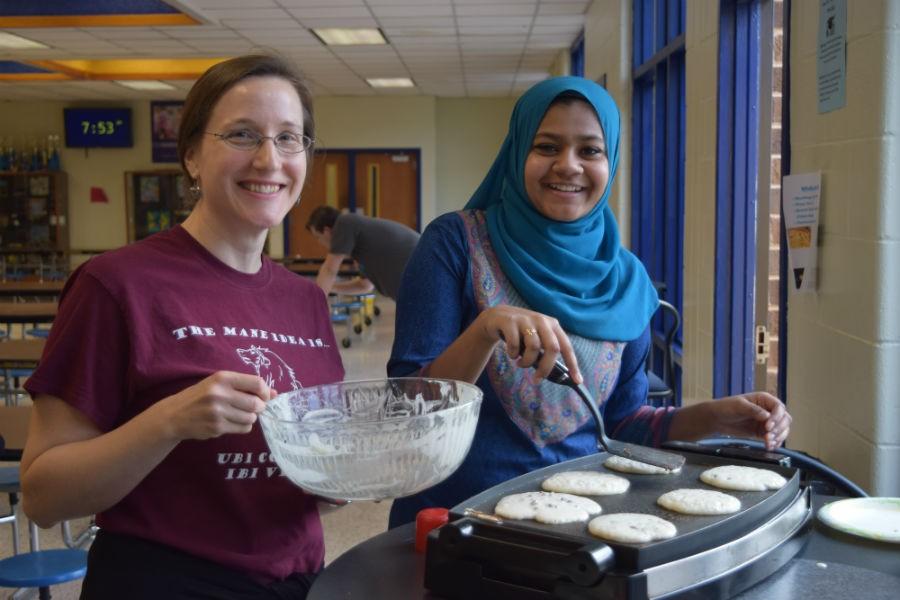 From February 22nd to the 26th, Latin Club sponsored the Richmond Animal League (RAL) by gathering canned pet supplies from students to donate to the rescue group. The effort began as a suggestion from the Virginia Junior Classical League (VJCL).   Junior Mariha Junaid, as the Vice President of the Classical League, promoted the drive in Midlothian by choosing RAL as the recipients of the food.

In a week-long concerted effort, the Latin club asked classes to collect pet items as a competition to win a pancake breakfast and to help “an amazing organization that is always in need of supplies.”  Many classes, especially Mrs. Austin’s Theory of Knowledge class,  gathered various types of dog and cat foods. Afterwards, Mariha and Latin club members counted the food from each class and allotted the most cans from Mrs. Austin’s class. Therefore, on March 11th during first period and Midlo Morning, in the closed commons,  Austin’s students enjoyed  the breakfast. Evan Arents, Charles Miller, Mac Cartier, and Mariha Junaid cooked the breakfast, while Mrs. Amy Petersen, Latin 2-7 teacher and Latin club sponsor, assisted them.

Because of the success of this outreach and Latin Club’s fervor for community service,  Mariha said, “[they] will definitely consider doing more drives like this in the future.”