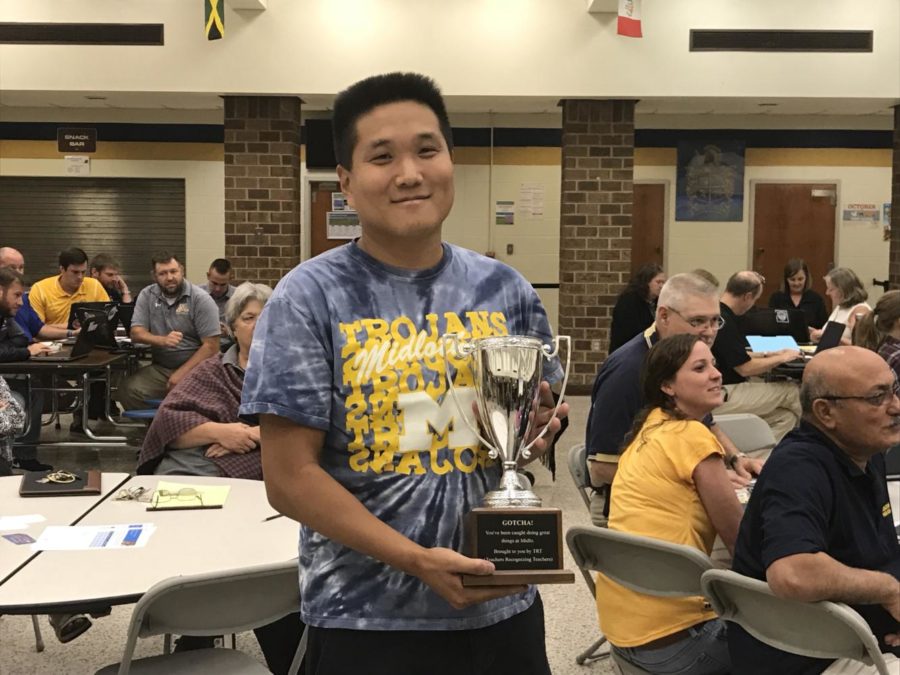 Mr. Steven Scherer, the September recipient of the Teachers Recognizing Teachers award, wanted to recognize all  of Midlo’s hard-working staff with this award, but since he could only recognize one, he proudly chose Mr. Ben Java of Midlo’s Math Department for his tireless work in the classroom, as well as his contributions to STEM club, Robotics, and Battle of the Brains.