Up for a Toss with Girls Lacrosse 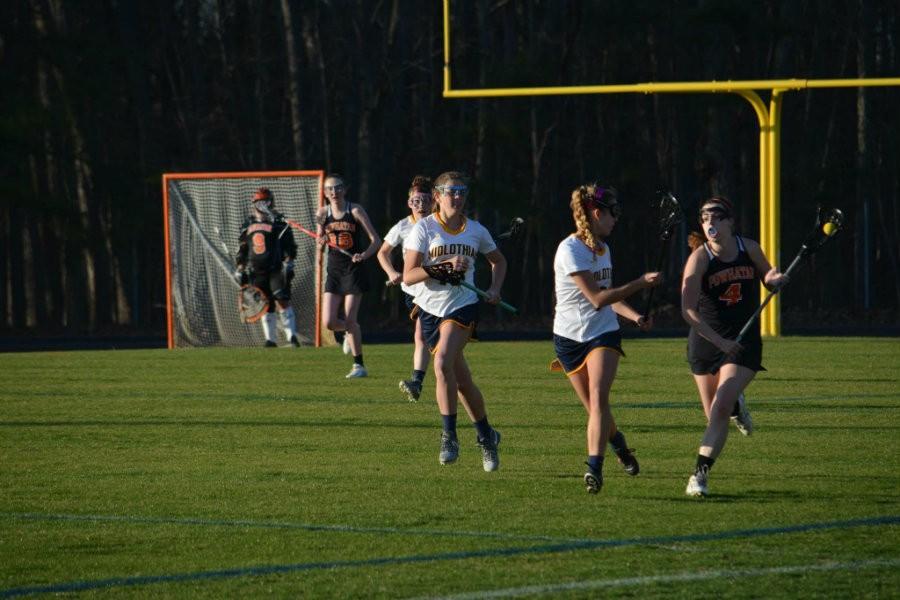 Caroline Wilkes puts on the heat as a girl tries to take the ball down the field.

After last season’s success, the Midlothian Girl’s Lacrosse team looks to achieve a state title. With excellent instrucction by coaches Devoe Reagan, Joanna Richie, and Casey Reagan, most of the girls have an unending amount of experience. The girls started their season early with off-season conditioning, training weekdays in order to increase their on-field ability.  February 22-23, the team hosted try-outs, and as a result, no one was cut from the team. Team Captains, Natalie Webster, Olivia Coleman, Caroline Wilkes, and Isobel Harrison, who look to make an impact at the start of their season, lead the talent-filled roster.

Having five practices a week, the team trains vigorously in order to prepare for the exciting season ahead. Practices include a variety of drills, sprints, and scrimmages, which help the ladies improve stick skills, as well as their agility. A big part of this season is a major position change; Alexa Battle made the change from defender to goalkeeper and has shown vast improvement as she worked reach game-ready condition.

The Midlo Trojans played their first game of the season on Wednesday, March 16, against the Manchester Lancers.  The Varsity team’s home debut ended in victory with a final score of 20-0. Outstanding performances included: Olivia Coleman with a hat-trick and multiple assist, as well as Caroline Wilkes. Many other amazing outings included: Jenna Kyte, Natalie Webster, Emily Peachee, and more. In her debut as goalkeeper, Alexa Battle ended the game with a shut-out, allowing zero goals. Overall, as a team they played quite well, with many substitutions helping to finish the game out.

With a remarkable first game, the team looks to have a repeat of last season and come out undefeated. Even in the early stages of the season, the girls lacrosse team looks ready for the state tournament.