Josh Pace on His Way to DECA Nationals 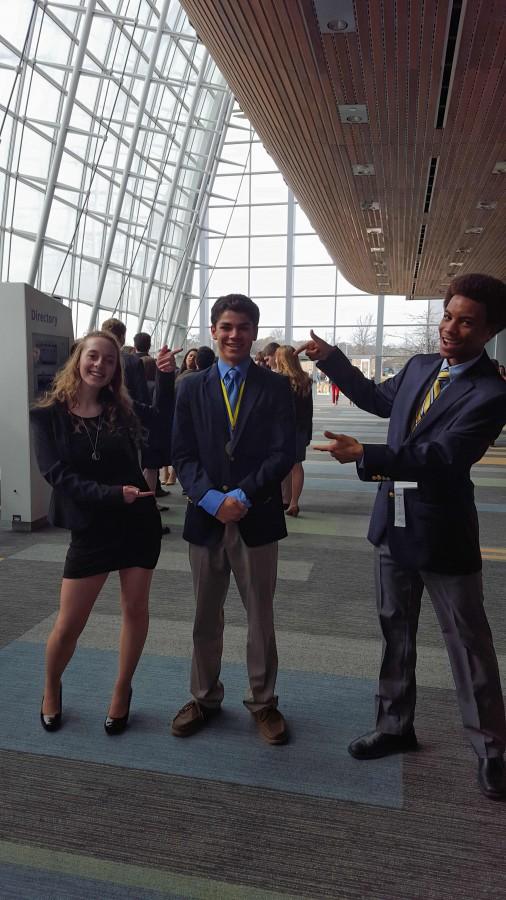 On March 4th, Josh Pace, along with the rest of his teammates, traveled to Virginia Beach to take part in the DECA state competition that went through the weekend. DECA competitions consist of a roll-play prompt, graded on a situation or scenario. ¨My prompt was an interview for a supervising position at a flooring company,¨ said Pace. ¨It took longer than I thought it would, but I guess that’s because I placed higher.¨ Participants are scored on how well they perform, how well they are dressed, and their ability to make eye contact. Pace placed in the top 9 of his category, Principles of Business Management and Administration, earning him a bid to the National competition in Nashville, Tennessee. Pace is the only Midlothian DECA student this year who qualified at the state level for the National level.

This year, Pace began taking a Sports Marketing course with Mrs. Carolyn Manheim at Midlo. Taking this course made him eligible to be a member of DECA. In his first year on the DECA team with no experience under his belt, he made unbelievable strides that pushed him as far as qualifying for the national competition. ¨There was really no way to prepare; the only thing I could do before competition was study different types of business and finance examples,¨ said Josh. Being a first year DECA student did not discourage Josh at all; he placed well at Conference and States and hopes to do just as well as Nationals.

Nationals begin on April 22nd and conclude on the 27th in Nashville, Tennessee .Last year, Midlothian had three National qualifiers; this year Josh will go on his own. Even though this is his first year in DECA, he is eagerly excited about his qualification to the national level and plans to work just as hard in hopes of doing well. With the support of his teammates and DECA coach, Mrs. Manheim, Pace is currently preparing for his performance and prepares to make his trip to Nashville,in just a few weeks.